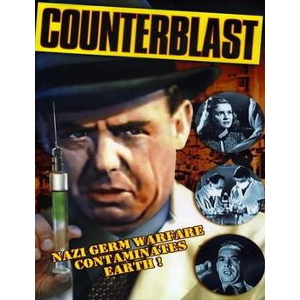 A review for a movie not on video disc. CineSavant bears down hard on a now-obscure UK thriller that proves a crossroads for several key themes of modern terror: Nazis, bacteriological warfare and paranoid conspiracies. ‘007’– associated writer Jack Whittingham scripted a tale that connects old-school espionage to visionary super-crimes against humanity, the thriller genre of ‘The Unthinkable.’  Who’s the threat?  An innocuous little doctor with a horrendous secret background and a somewhat preposterous ability to go undetected as he kills to assume and protect a new identity. The techno-chiller was released in 1948 yet seems screamingly relevant now. The cast includes stars from Dead of Night, 2001: A Space Odyssey, The Man Who Knew Too Much, Things to Come and Pygmalion.
08/03/21