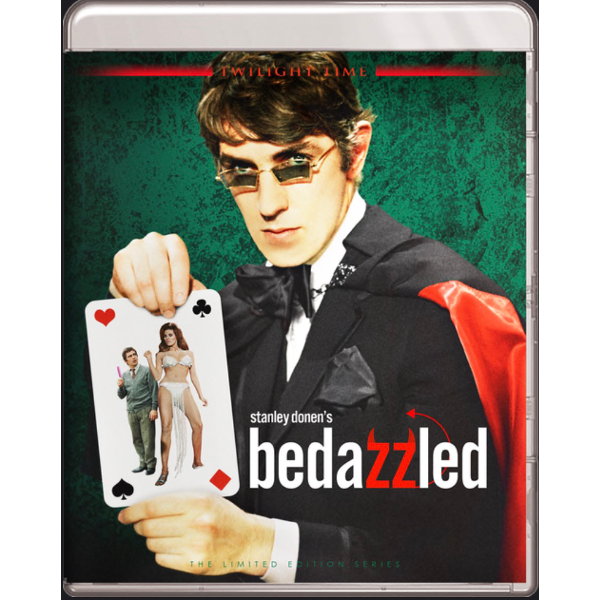 (1967). All hail the memory of Stanley Donen! We also appreciate the razor-sharp satire of Peter Cook and Dudley Moore, whose genius Donen preserved in this hilarious Faustian comedy. Poor pitiful Stanley Moon bargains with the Devil for seven chances to win the woman of his dreams, which naturally turns out to be a big mistake. Who could make a wise decision with Raquel Welch’s ‘Lillian Lust’ climbing into their bed?   Co-starring Eleanor Bron as the real object of all this lust, and featuring Barry Humphries, Robert Russell and Michael Bates. Insufficiently appreciated: Dudley Moore’s elegant, jazzy music score. On Blu-ray from Twilight Time.
02/26/19