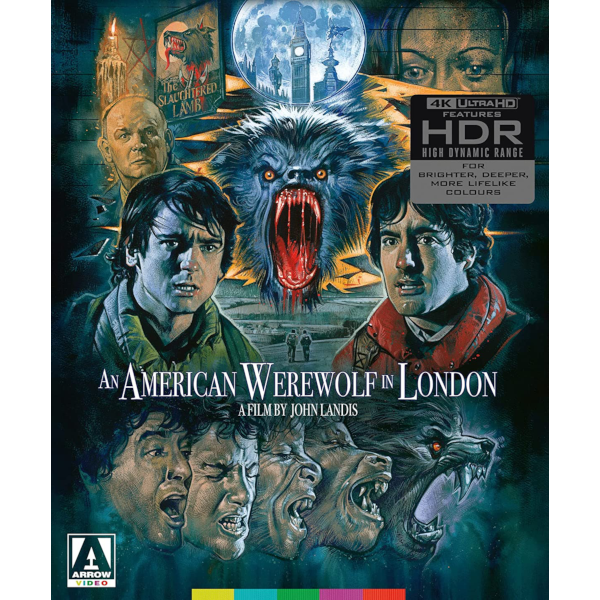 The smash ’80s monster-gore popcorn flick comes to 4K Ultra HD two years and four months after a deluxe Blu-ray, so we do a  pointed comparison for purchase-crazy fans that want official sanction for their madness. Happily, you don’t need to be full-moon looney to go for the 4K: David Naughton and Griffin Dunne’s descent into a lycanthropic nightmare is as wrenching as ever. John Landis’s big & bloody hit comes with acres of extras. On 4K Ultra-HD from Arrow Films.
03/05/22