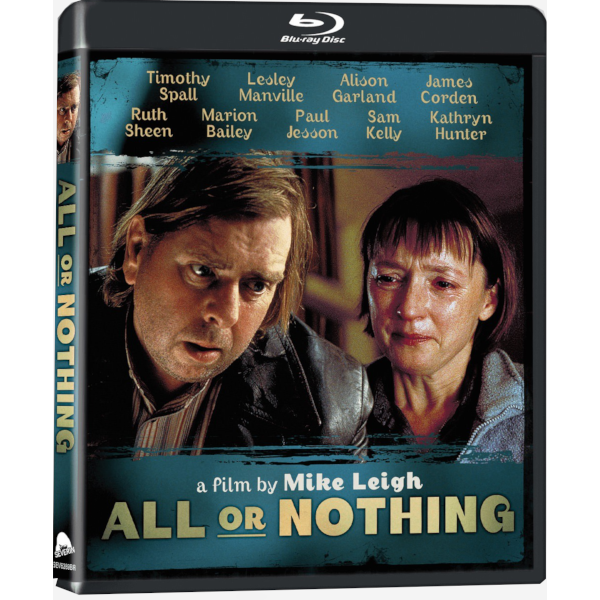 U.K. director Mike Leigh makes films with a wide range of moods, but his working-class dramas are what made his name. All or Nothing is an emotionally punishing story of everyday life on a lower rung of a stagnant economy, where nobody has dreams and pessimism is the order of the day. The bitterness and anger are most evident in the abusive attitudes and verbal brutality from one generation to the next, even with the caring, sensitive Penny (Lesley Manville) and the inoffensive Phil (Timothy Spall). Leigh’s players craft heartbreaking characters whose individual miseries can’t be dismissed. We invest heavily in the hope of a positive outcome, even as everything we see says, ‘no.’  Yet the film’s honesty doesn’t want us to give up on these people. On Blu-ray from Severin Films.
12/04/21