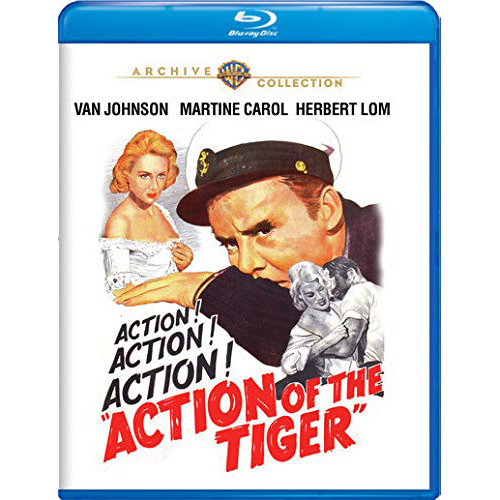 Van Johnson steps into adventure-guy shoes more suitable for Humphrey Bogart in this European-shot thriller. Daring Martine Carol provides the sex appeal as the mystery dame who entices Johnson to smuggle a man out of Red Albania. The movie is practically a proto- James Bond film: it’s directed by Terence Young, features a fight in a gypsy camp and Sean Connery and Anthony Dawson are in the cast list. But Herbert Lom steals the show from them all as a monocle-wearing, oversexed gypsy bandit who can’t abide Commies. A special treat for discerning, high-toned art-movie intellectuals: this is the film’s hotter Continental version. On Blu-ray from The Warner Archive Collection.
04/04/20