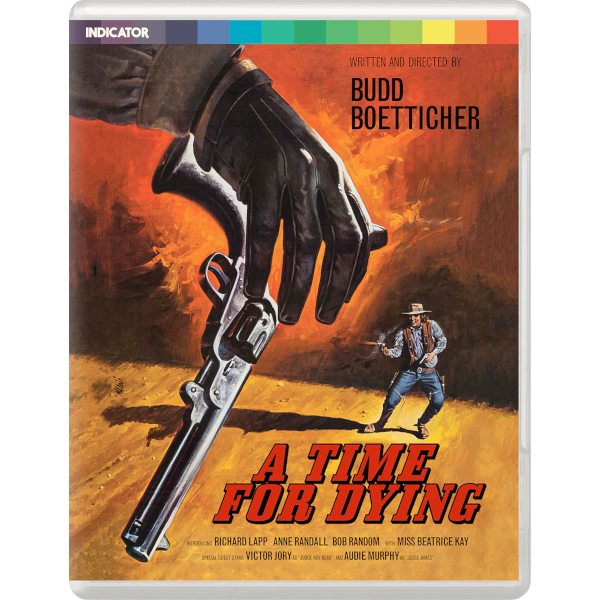 It’s the final theatrical western of the legendary director Budd Boetticher, and he also wrote the screenplay!   Ace cinematographer Lucien Ballard was behind the camera, and Audie Murphy produced and plays Jesse James!  This disc release is a gift to die-hard western fans that want to see everything, but the film itself remains a mystery — oddly nihilistic and cruel, but also awkward, with amateurish acting, slack direction and a TV-movie appearance. The one gotta-see factor for completists is Victor Jory’s three scenes as Judge Roy Bean: he nails the sleazy, gross-out charm of the Texas threat to civilization, chewing the scenery like a pro. On Region Free Blu-ray from Powerhouse Indicator.
02/26/22