Some ambitious pixel-pushing image manipulators have been monkeying around with the trailer for Jurassic Park — just for the fun of replacing all those scary dinosaurs with … well, it’s self-explanatory in Pixel Riot’s
Pee Wee Park. A little more than half a million viewers have seen it since last August, which might mean I’m one of the last. 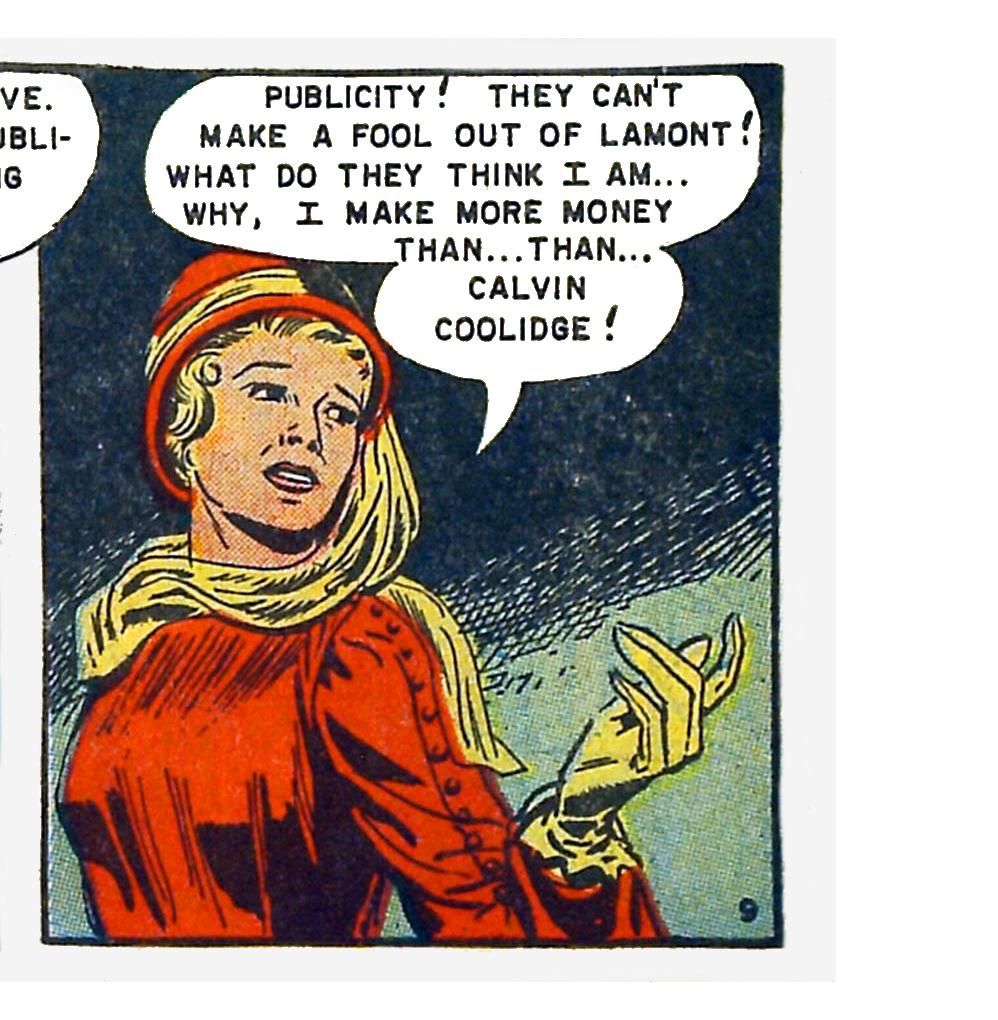 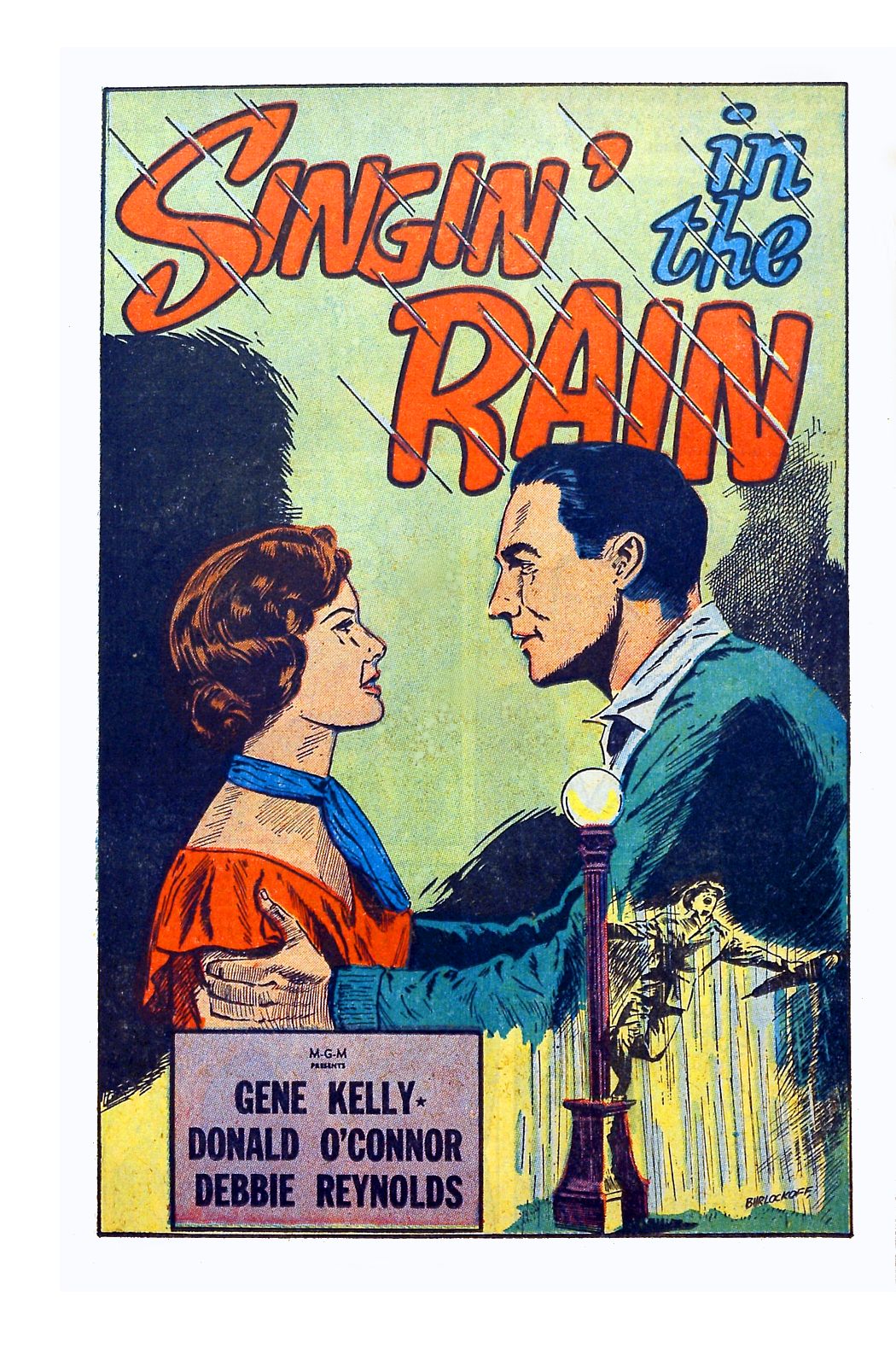 And correspondent “B” came through with an unusual find … a comic book adaptation of the MGM musical Singin’ in the Rain, included as an extra in a vintage issue of “Movie Love” magazine, #14 from April of 1952. Yes, it looks as if some comic book artists were handed a dialogue script and a pile of movie stills, for every panel resembles a pose we’ve seen in an official still photo.

“B” reacted as I did to the odd choice made in the panel pictured on the left, depicting Lina Lamont as she trumpets her own importance at Monumental Pictures.

I don’t credit myself as having the swiftest sense of humor on the planet, but this is an extreme case of just plain Not Getting the Joke.
(The images become much larger if opened in a new window.)

And finally, on Facebook Constantine Nasr has let drop that Val Lewton’s horror opus Isle of the Dead is coming to Blu-ray in March. Is this the Boris Karloff picture that was interrupted because he injured his back during filming?   I guess I’ll hear the story again if the disc has extras.  Isle of the Dead is one of two Lewton movies inspired by classical paintings, and we always loved the eerie Böcklin painting.  It shows up elsewhere in Lewton’s work, too.  I’ll also never forget one line of Karloff dialogue, repeated ad infinitum in the trailer: “No-one may leave the Island!”

And I was right! Also announced for March is my all-time favorite musical Damn Yankees with Gwen Verdon, Tab Hunter and Ray Walston. May the Warner Archive Collection live long and prosper…