First up is a treat for James Bond fans that’s been around for 9 years but, uhhh, I just found out about it. The 007 Dossier page has up for download something I thought was pretty rare: the Audio Commentary tracks for the first three 007 films, that came out on Criterion’s pricey multi-disc laserdisc sets starting around 1991. On the CAV versions each side of a disc could hold only half an hour of movie, so there was a lot of disc-flipping going on. Don’t even ask what we went through to watch something like Seven Samurai. 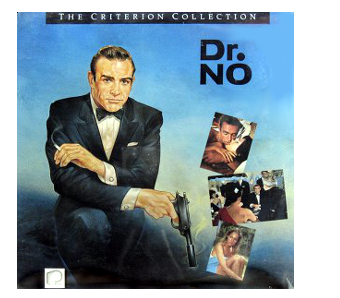 I barely remember the commentaries except for the one for From Russia With Love, which I recall being controversial for director Terence Young putting down the production company Eon for being so cheap with hotel rooms in Istanbul, etc.. As the page explains, producer Broccoli had the discs pulled from store shelves; the tracks never showed up again. Unlike later carefully policed extras, the contributors to these early tracks weren’t coached to say only positive things. So I’m looking forward to some fun listening.

In addition to the commentary tracks for Dr.No, From Russia With Love and Goldfinger (the links are to my reviews, naturally) the 007 Dossier page offers up the entire music & effects track for Goldfinger as well. The films are great to revisit… you just have to get used to sexist quips, imperial posturing — and some great filmmaking. Again, the commentary and soundtrack downloads are on the 007 Dossier page Banned James Bond Commentaries.

Do any readers in Los Angeles have the necessary equipment to digitize DAT audio tapes? I still have sets of discrete dialogue and sound effects from a number of Bond films, but I have no DAT player. 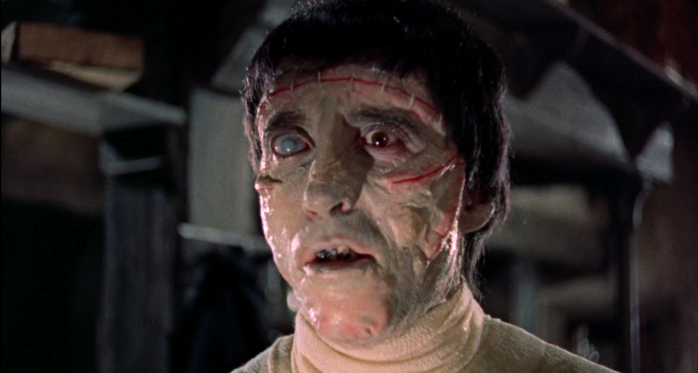 I haven’t stressed the big news from Warner Archive because it’s three days old, but it IS big news, just as promised back in the beginning of October. CineSavant’s ingenious special agent T (for Teetzel) predicted the ‘surprise’ with an educated guess that we reported back on the October 3 CineSavant Page.

Gary observed that certain films restored for streaming on ‘HBO Max’ were showing up as Warner Archive DVDs… and Hammer’s first Technicolor horror picture The Curse of Frankenstein was one of them, in what looked like a newly remastered version with a restored shot of charnel-house gore. Restoration-wise the film has been a headache for ages, with an original negative that’s completely faded. So we’re hoping for the best for the new restoration from color separations. The restoration comparison online isn’t very helpful — the before doesn’t look like any previous release, but an untimed scan of a faded element.

It sounds as if The Curse of Frankenstein is being presented in three separate aspect ratios on a special two-disc presentation, with new commentaries and featurettes organized by Steve Haberman and Constantine Nasr.

Very good, Warners! I’d have to say that this release ought to get Hammer fans, who we all know aren’t particularly patient, to temper their grumblings against WHV. I’m pretty sure that last year’s Blu-ray of Horror of Dracula was plain-wrap due to proprietary issues — the WAC couldn’t just tap into extras like the alternate ending found in Japan, as other parties were involved.

… and, as a big surprise, ‘Tex Avery Volume 2’. The cartoons restored for Volume two sound better than what was on volume one … I can’t resist posting a full listing.