It’s the Battle of the 4K Martians!

We at CineSavant love strange coincidences, alignments, cosmic serendipities … but only when they fit our preconceived notions, of course.

Way back in 1953 two competing movies about invasions from outer space were released, Paramount’s relatively lavish The War of the Worlds in Technicolor, and an exotic independent released through 20th Fox, Invaders from Mars, with original prints struck in the strange SuperCineColor process.

The most exciting Sci-Fi news of Fall 2022 is that 4K Ultra HD discs of both of these very different imagination spectaculars are going to be released on the very same day, September 27. That’s — gulp — two weeks from today. If this paragraph is weak on syntax, maybe it’s because I’m running down to the mailbox every twenty minutes to, you know, just check. No, I’m not doing that, but the 9-year old inside me is beginning to think that way.

The films really don’t compete with each other. Both were unique efforts in the first wave of the ’50s Sci-fi boom. George Pal’s big-scale interplanetary onslaught featured special effects that weren’t bettered for twenty years, and alien designs that still amaze, even if my young daughter kidded me about the ‘desk lamp’ Martian fighting machines. William Cameron Menzies’ visual wonderment was the focus of a million weird dreams for kids just a couple of years older than myself. The bizarre visual imagination on view burrows deep into the adult psyche as well.

We’re looking forward to both disc releases and formulating a strategy to review them with amazing new insights never read before good and fair coverage with a fresh angle or two. War of the Worlds 4K is being packaged with George Pal’s 1951 When Worlds Collide, in its first U.S. Blu-ray release. I’ll need to close my windows in consideration of the neighbors — Martian invasions work best when played LOUD.

I’ve been corrected: Invaders from Mars 4K, Blu-ray and DVD hits on September 26, not 27. So technically speaking, it will beat The War of the Worlds by one day. I believe it hit theaters first as well, back in 1953. 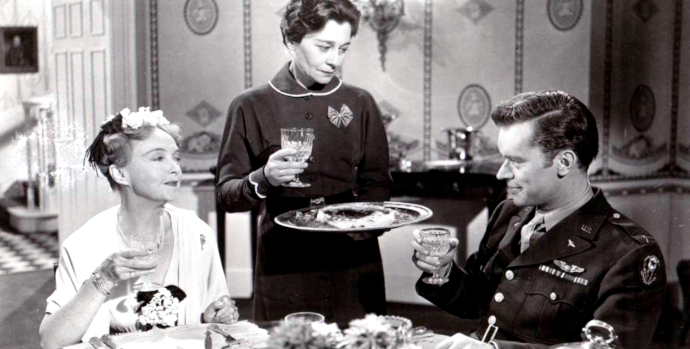 And here’s an unknown quantity that I’ll be checking out very soon: U.K.’s Powerhouse Indicator sent along their September 20 release
Orders to Kill. The 1958 thriller is directed by Anthony Asquith and stars Eddie Albert, Paul Massie and Lillian Gish. The credits list the notable Paul Dehn, the writer strongly associated with Seven Days to Noon and Goldfinger.

It’s described as a wartime espionage story, which is a Dehn specialty. Let’s hope it’s something special. I haven’t seen it but I did put the disc in a domestic player — and it’s Region-Free.