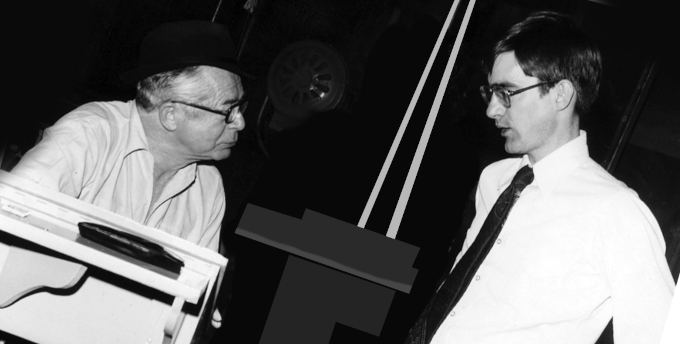 Dick Dinman’s DVD Classics Corner on the Air is ramping up its podcast schedule; this week he has a second show discussing the films of Billy Wilder with author Joseph McBride. Together they Explore those (Billy) Wilder Years.

Because Joseph’s opinions on Billy Wilder movies includes some surprising likes and dislikes, the two actually ‘get into it’ a bit with several titles, starting with Love in the Afternoon, which come on, is a masterpiece even if the casting of Gary Cooper is a bit wonky. Like, no young woman ever fell in love with an older man?  The discussion gets pretty interesting.

Correspondent Malcolm Alcala sent along this link to something I never heard of before: several episodes on Archive.org of a 1960s TV show called Space Patrol. It was called ‘Planet Patrol’ here, so as not to conflict with the title of an ancient TV show from 1950. It’s a marionette-based space opera along the lines of what the Andersons were doing at the time, created and produced by the puppeteer Roberta Leigh.

I was pleasantly surprised. The marionettes are still creepy but their mouths move rather well, and the puppeteers make them people walk nicely, something that the Andersons avoided. The miniatures and space special effects may not be up to the quality mark of Derek Meddings. But they are easily the equal of the Italo Margheriti epics, especially in the imagination department.

Several episodes are viewable at the link. I heard some sound effects that appear to be hand-me-downs from Forbidden Planet. The episode ‘The Swamps of Jupiter’ encounters crooks on the ice planet, and some alien animals that look quite a bit like Sesame Street’s Elmo.