Correspondent Gordon Thomas passes on a link to a Please Kill Me blog interview by David Stewart, with director Alex Cox on ‘The Return of Walker’. It’s from four days ago but has already been shared a thousand times — the main point of interest is that Mr. Cox lets slip the information — at this point technically a rumor — that Criterion will be releasing a disc of Sam Peckinpah’s Pat Garrett and Billy the Kid ‘later this year.’  This is significant because not a month goes by that I don’t get an inquiry from a reader or friend as to when that particular show will be released on Blu-ray.

I’ll be curious to see what they do with the movie — as explained in my review for the 2006 DVD, Turner was stuck with three separate cuts, none fully satisfying: the original MGM release massacred by the James Aubrey regime, the ‘1988 Preview/Turner Cut’ that adheres more closely to Peckinpah’s intentions; and the ‘2005 Special Edition Recut’ that adds terrific material (the scene with Pat Garrett’s wife), drops other scenes and inexplicably finishes with the discredited James Aubry ending. (Maybe they were locked into that version of the end credits?)

Being optimists, we’re pretending that Alex Cox’s scoop/rumor is on the level. I’m hoping they’ll do an ‘everything’ version, making sure to use the epilogue from the Preview/Turner cut, the one that returns to old Pat Garrett in the buckboard in sepia tone. As to whether Bob Dylan’s song Knockin’ on Heaven’s Door should be played with or without lyrics, I have never decided … I like both! 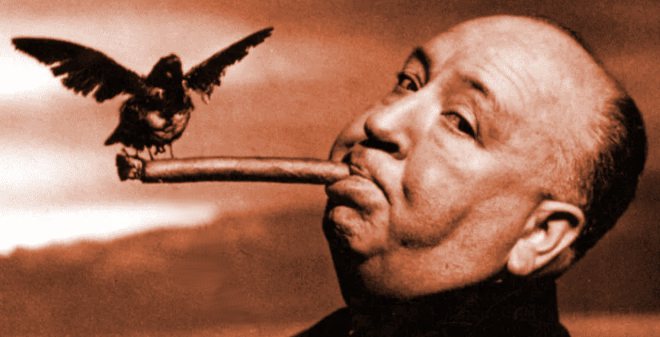 Trailers from Hell Guru Brian Trenchard-Smith continues his historical blog essay series with Censored, Part 2: Alfred Hitchcock – Censorship Saboteur. It’s a follow-up to Mr. Trenchard-Smith’s lengthy, detailed Censored! Why did they cut that bit? — Part 1 article that we reported on back in January of this year.

This new instalment focuses on the Master of Suspense’s personal contribution to the push-back against film censorship. Brian’s article finishes with a plug for his entertaining book Adventures in the B Movie Trade, which I am happy to promote as well. He’s a born storyteller.

And from correspondent David J. Schow comes a curious link to the Harpers Magazine archive, for an article by Nat Segnit, Who Killed Louis Le Prince?

The Article floats the idea that Thomas Edison lifted his Kinetograph invention utterly and completely from another inventor … and may have covered his tracks with additional 19th century corporate skullduggery. Personally, I’m looking for the grassy knoll.