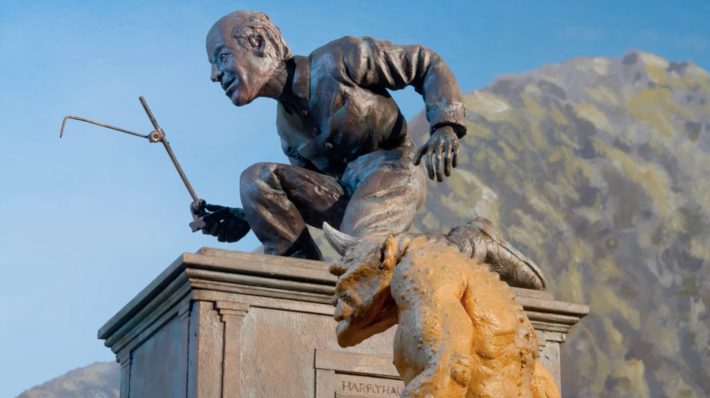 This two-year-old Harryhausen tribute video — a really elaborate piece of work — was just pointed out to us, as it’s making the rounds on Facebook again. StopmoNick does it nicely — it’s short, sweet and imaginative.

It’s at YouTube at Harryhausen at 100 Tribute, from June 28, 2020. I particularly like the detail of the animation gauge.

I just received my replacement 4K UHD disc of Criterion’s A Hard Day’s Night, as promised. There were some odd errors in the first pressing, and the company made good with replacements rather quickly, I think. The Blu-ray and DVD copies are just fine, we are told.

If you think you qualify for a replacement disc, here are two links. Posts at the Home Theater Forum detail the odd flub that occurred. Posts at Blu-ray.com repeat Criterion’s exchange instructions.