CineSavant advisor Gary Teetzel tells us that that guy, Joe, Manco, or whatever his name is, now has a price on his head. A pretty steep price, plus ya gotta wait until October, Pilgrim: The Man With No Name is going to be a 1/6th scale figurine, highly detailed. Judging from the photo it is indeed pretty well turned out — that tiny pistol, for example.

The page describes this item as only the first offering in a proposed “Clint Eastwood Legacy Collection.”  Gary asks the question we all want to voice: can we look forward to an action figure based on Clint’s lab assistant from Revenge of the Creature, complete with a white rat in its jacket pocket? 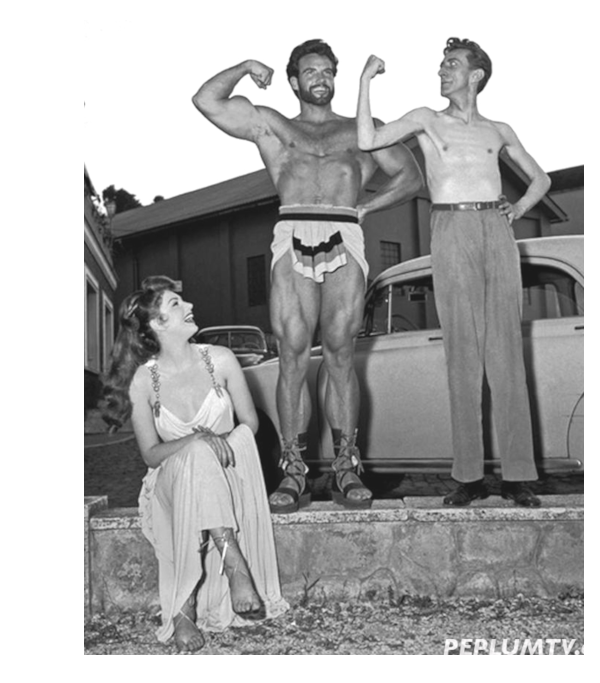 More vintage photo fun. Both correspondent Jorge da Cunha and Tim Lucas responded last week with a bit of information to set CineSavant straight. Back on February 22 I posted an amusing gag photo of Steve Reeves and Sylva Koscina, joking with an ‘unidentified’ man during one of the Hercules movies.

It’s not absolutely confirmed, but the consensus is that the unidentified man is Mario Bava himself.  Bava was the lighting camerman on these movies. The word is that some Italo directors liked nothing better than to have the fast-working, detail-oriented Bava run the set and even pinch-direct for them. Why work so hard, when there were starlets to entertain and gourmet lunches to consume?

Jorge pointed out to me that Mario Bava was fond of gag photos like this; I just had a mental vision of the great director as being much better fed- looking. Tim Lucas says he expected a better-fed man as well, with a mustache, but that the joker in question could very well be our favorite regista.  No doubt many readers knew the likely answer to this one, and we thank Tim and Jorge. 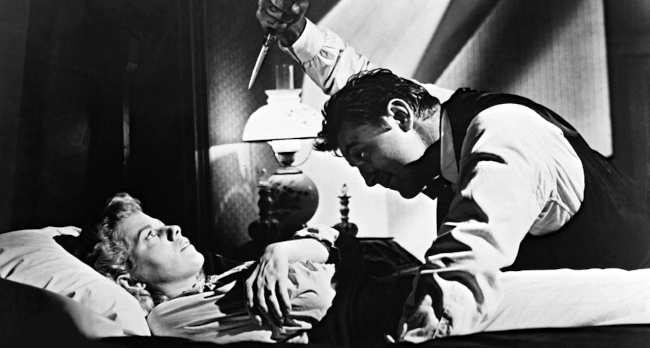 Here’s great news: Charles Laughton’s creep-out masterpiece  Night of the Hunter  is said to be coming in 4K from Kino Lorber. This one ought to look super at the higher resolution, as MGM’s theatrical prints were very impressive — all those weird silhouettes and special effects.

Haven’t seen it in a long time, either. Back in the 1990s when some MGM Home Video executive needed a vintage UA picture to show in Tokyo or Cairo, I’d recommend either this or Kiss Me Deadly. Can’t go wrong with Robert Mitchum and Lillian Gish!