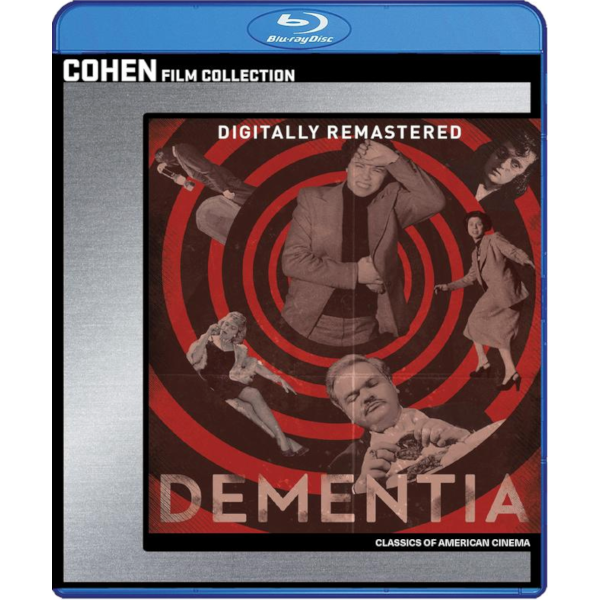 A tip from Gary Teetzel: Cohen Media will be releasing a Region A disc of John Parker’s 1955 horror mini-masterpiece Dementia, following up on a 2020 UK release. It’s always been a big favorite here; I see it every couple of years, and love to foist it on folk that think they’ve seen everything.

My November 2020 review explains how the UK disc is missing a shot, so we’ll be curious to find out if they are able to fix this problem. Cohen distributes through Kino but produces independently; in the past it has scored with some important restorations, such as a the long-missing sequence they reinstated in Fritz Lang’s Hangmen Also Die!   The new Dementia release is slated for April 26:

2022 is going to be a year for the memory of George Pal, what with highly anticipated Blu-ray discs of his fantastic features The Wonderful World of the Brothers Grimm and Conquest of Space. We’re also expecting a new volume of Puppetoons on the way, from all-things-Pal purveyor Arnold Leibovit.

For the moment Mr. Leibovit tells us that he’s also remastered the soundtrack to George Pal’s The Time Machine, the excellent music score by Russell Garcia. The new CD indeed looks special, although someone will have to explain some of its product description to me. It is both an ‘original motion picture score’ and also a 1987 re-recording undertaken by the composer. That recording came out on an older Crescendo CD, but Arnold explains that it was altered from Garcia’s intended presentation. There’s also a complete original score still in print from ‘Film Score Monthly.’

The ‘Puppetoon Productions’ The Time Machine Soundtrack has a web page. And the Leibovit Puppetoon 3 restorations are said to be progressing with ‘stunning new wonders to behold.’ We’ll forward all new developments.