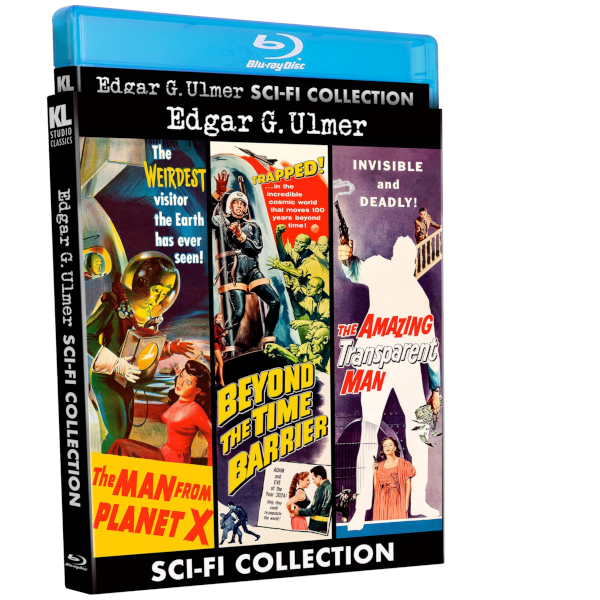 The news may no longer be fresh, but it’s still significant: Gary Teetzel tips us off to a Kino Lorber triple-bill disc being released on March 29. An Edgar G. Ulmer Sci-Fi Collection will contain 1951’s The Man From Planet X followed by wildcat director Ulmer’s 1960 features Beyond the Time Barrier and The Amazing Transparent Man.

I think Mars Attacks! is a masterpiece too, my perfectly rational argument being that it was clearly conceived and filmed just to please me personally. According to the article’s presumed author Ralph Jones, the big secret that will enable you to stop worrying and love Mars Attacks! is to remember the film’s timeless Martian dialogue: Ack! Ack! Ack!

And this one I’ll claim I found for myself, even though my search ordeal was limited to pushing a button on Facebook: on the Filmmaker page for 10/11/21, author Simone Odino discusses Stanley Kubrick’s “Manhattan Project”: How Two Experimental Filmmakers Contributed to 2001: A Space Odyssey.

I remember reading in Jerome Agel’s ‘Making of 2001’ book that two filmmakers created shots for the light show conclusion of Kubrick’s Ultimate Trip in a NYC loft space, experimenting with dropping oil into water (?) under a 65mm movie camera. This great piece explains who they were, what they did and the general craziness experienced by all that work for Stanley Kubrick.