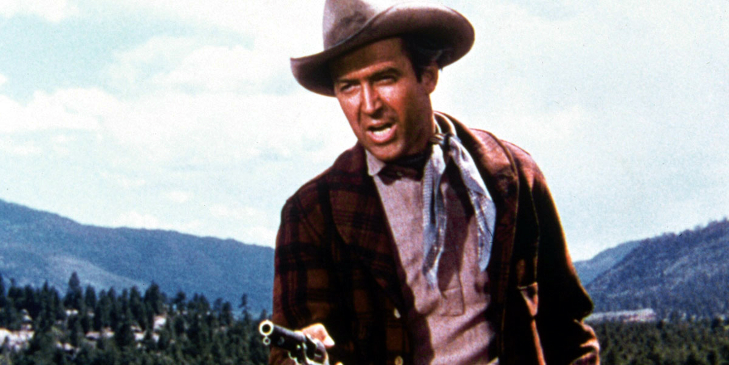 With his DVD Classics Corner on the Air podcast Dick Dinman tapped me for a second western discussion, this time about the great James Stewart / Anthony Mann western released on Blu by the Warner Archive in September, The Naked Spur.

We’re both enthusiastic about the cast, and I make the best case I can for this being the most psychologically twisted of Stewart’s run of ’50s classics. And of course we try to express our approval of the disc’s superb color and encoding — it looks a million times better than this weak image I found online.

And a heads up for TCM viewers: this Friday December 3rd at 8:00 pm (Eastern I think) will debut the Association of Moving Image Archivists’ Archival Screening Night Roadshow Edition 2, a collection of rarities of all kinds.

The AMIA’s text blurb is inviting: “What makes Archival Roadshow Edition special is that this members-only event is being made accessible to the public to see the incredible, strange, astonishing, hilarious, and curious treasures from the world’s moving image archives. This cinematic Cabinet of Wonders features films from Mexico, Thailand, and New Zealand, an appearance by Louis Jordan and the Tympany Five, a dancing Bobcat (it’s not what you expect!), Baltimore Breakdancing including the Chocolate Boogie, Jack Lemmon’s first screen appearance as a helpless soldier, and many more.” Here’s the official trailer, which will hook you for sure. 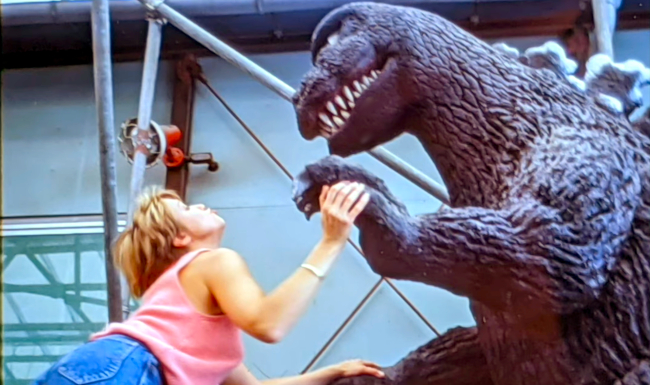 Generous correspondent Dan Mottola sent along a great link to a web resource for YouTube videos about miniatures, piercefilm productions. It’s a terrific vault of short-to-medium length videos, hosted by experts and illustrated with excellent, super-rare photos. I’ve looked at three already and each is fascinating; there seem to be so many advanced miniature specialists nowadays, so very talented and experienced.

Evan Jacobs give a fascinating talk about the TV series From the Earth to the Moon, and modelmaker Kim Smith hosts a talk about The Rocketeer that touches on half-a-dozen other interesting titles as well. Three other films with separate videos are True Lies (Leslie Ekker & Patrick McClung), Ed Wood (Evan Jacobs), and Deep Impact (Fon Davis).

At his home page Piercefilm owner Berton Pierce has a trailer up for viewing, for a documentary feature he’s made on miniature — Sense of Scale. My old boss is in it!