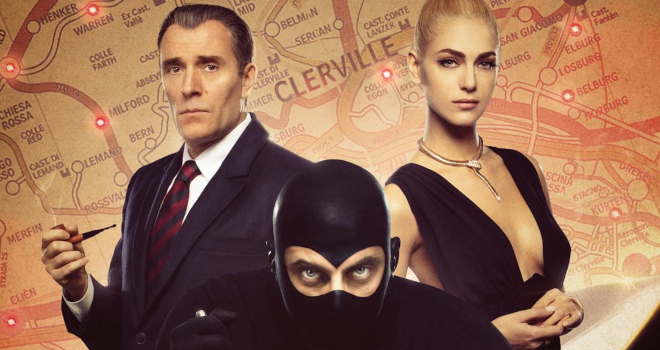 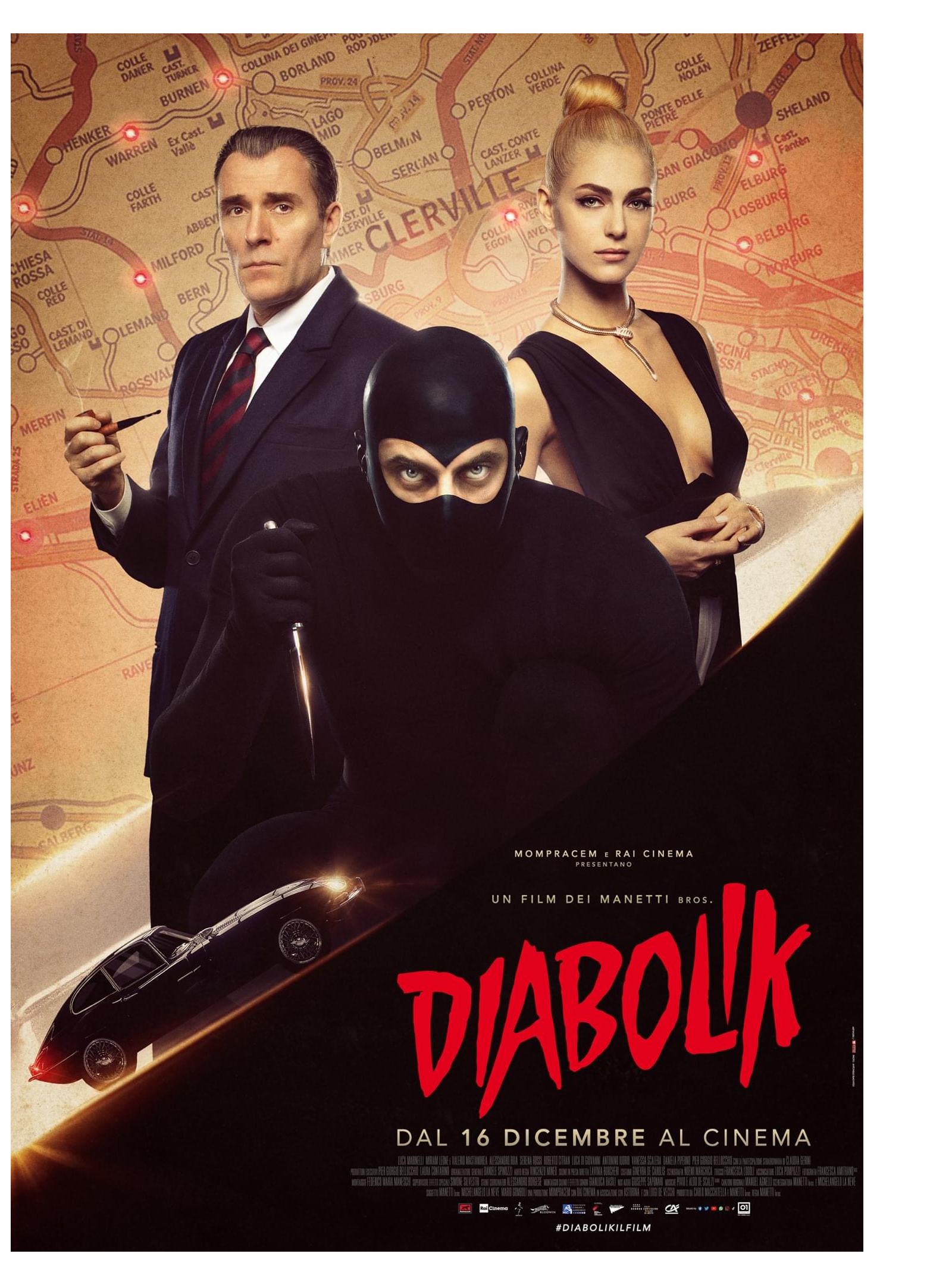 Correspondent Alan Dezzani sends along this image posted to Facebook over the weekend — a new version of Diabolik, which will reportedly debut at the Turin Auto Museum on December 16. Gee, my premiere invite and comp plane ticket haven’t yet arrived, but I remain optimistic. I never saw or heard much about an earlier Italo TV show (?) and wonder if this one will have a bigger impact. Alan has also located a Trailer for the new Diabolik. It looks fairly nice, at first glance.

I note that the map in the background reads ‘Clerville,’ one of the few place names in the comic’s undisclosed European country — and other map names are in English, Italian and German. My latest review of the ’67 Bava/John Philip Law/Michel Piccoli/Marisa Mell Diabolik is here. The full poster on the left zooms for more detail.

Let’s go on a Trade Periodical clippings scavenger hunt!  This time Gary Teetzel sends us a selection of item regarding Michael Powell’s 1960 horror classic Peeping Tom. Going through the ‘Media History Digital Library’ he found no coverage of the controversy in England, so I guess what happened in London stayed in London. But he turned up some snippets about how the film was promoted on both sides of the Atlantic. (note that all these graphics enlarge.) 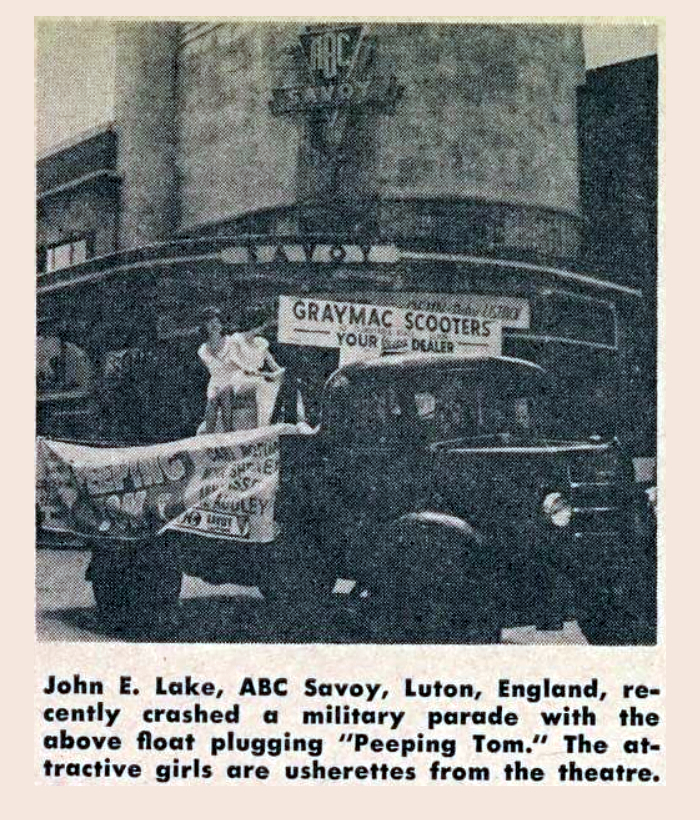 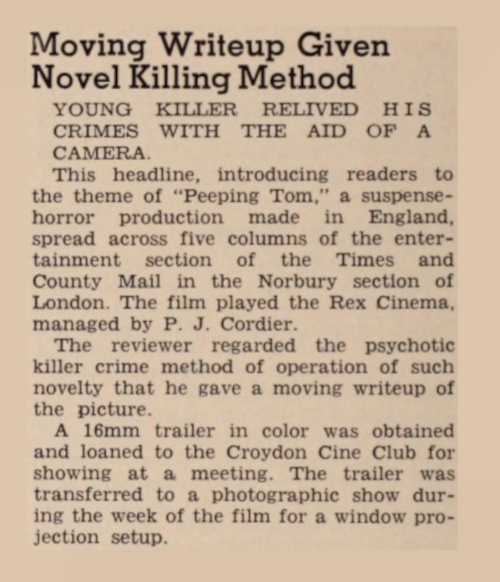 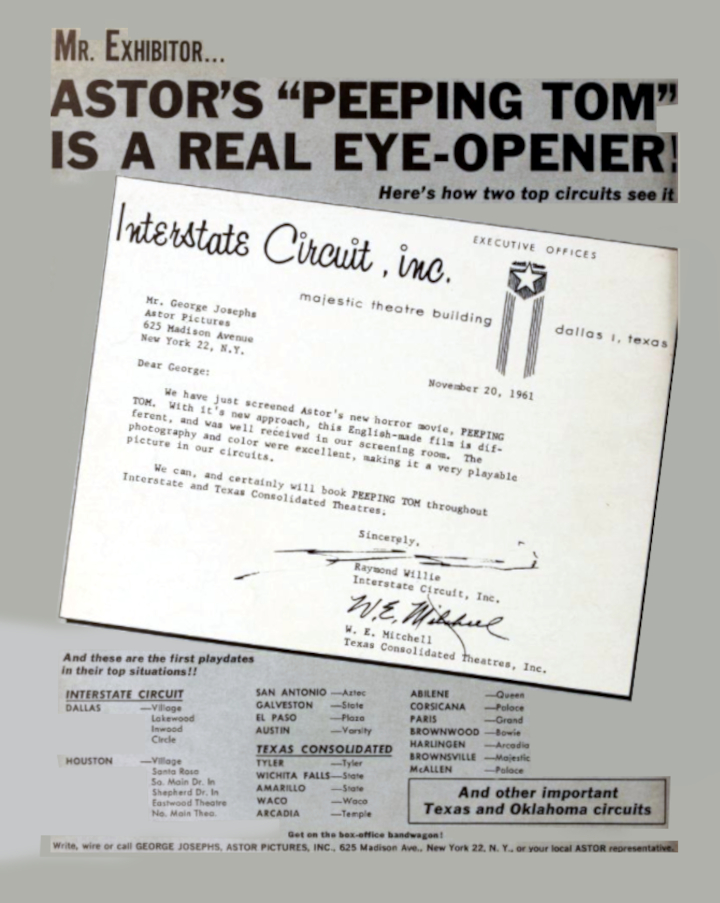 Gary’s find from the April 13, 1960 Motion Picture Exhibitor: a columnist sees no problem with the movie! 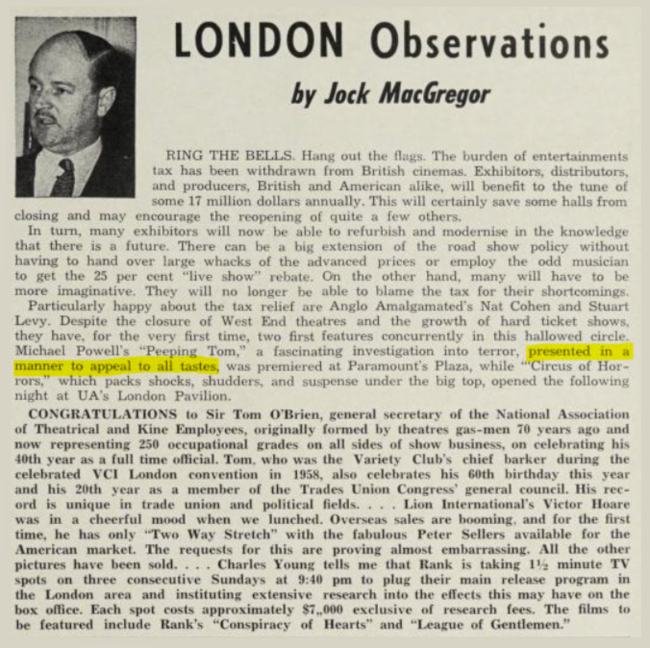 And this article finds an Atlanta exhibitor in hot water over Peeping Tom and It’s Hot in Paradise, not for the content of the films but because he violated a local moving ratings ordinance. Why didn’t he just sell paperbacks of The Tropic of Cancer, like everyone else?  Thanks, Gary ! 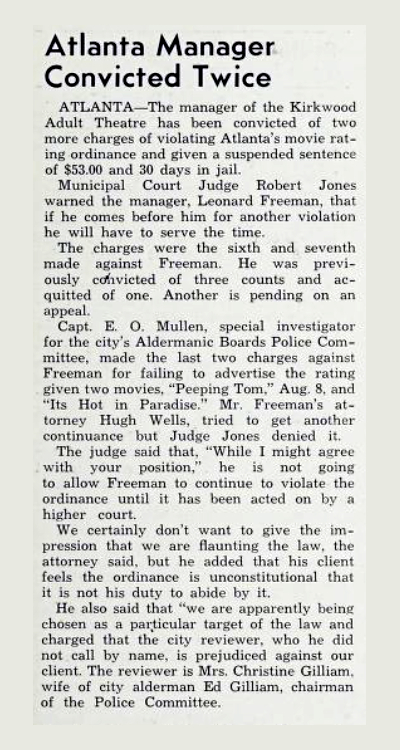 And Shadowplay’s David Cairns alerted me to a Film International essay on Major Dundee by Tony Williams that puts a great deal of thought into the problem of The Lost Rough Cut. The article references my solo audio commentary for the movie, which is certainly flattering: The Peckinpah Masterpiece that Never Was: Major Dundee. That 2019 commentary is significant because I chart out all the material from Sam Peckinpah’s shooting screenplay that was deleted from the movie.

I’m glad the ideas in the commentary made such a strong impression. Here’s the CineSavant review of Explosive Media’s Major Dundee Blu-ray from 2019, where the audio commentary was first published. And here’s the CineSavant review of Arrow’s Major Dundee Blu-ray from last summer, which has the commentary plus a visual essay by David Cairns, the knockout with the sly Gidget Goes Hawaiian reference.