First up is an audio link. . . our generous correspondent Richard McQuillan has given me permission to upload this inspiring, heartwarming 25 seconds of cross-Holiday cheer. A Norman Bates Christmas will make you laugh, cry, and feel like children again. Is it FUN or INCONSEQUENTIAL?   Each of us must make our own moral choice. Pass that Halloween candy please, no not that, something with chocolate in it. 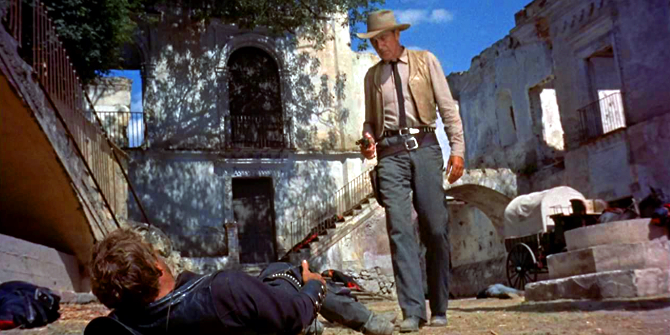 My mellifluous croak of a voice is back again, with a guest shot talking about a classic western at the podcast DVD Classics Corner on the Air: Dick Dinman & Glenn Erickson Visit ‘Vera Cruz’. Can’t talk enough about crazy Burt Lancaster and sober Gary Cooper in Robert Aldrich’s insane revolutionary oater, the one that Sergio Leone dubbed ‘the double-cross western.’  I still haven’t figured out some of the screwy editing in that picture.

And we thank David J. Schow for our (cough) borrowing of his link to A Tribute to Paul Blaisdell. It’s from 2017 and written by Christopher Stewardson.  The master monster maker Blaisdell forged a hipster’s ’50s sci-fi look, a style all his own.

And wow, the Warner Archive Collection has officially announced their November disc line-up, which is practically a Christmas acquisition list in itself — once again they’ve hit upon titles I’ve hoped would show up for years.

That’s nothing but good news. Plus, the word on the web is that the WAC has both Angels with Dirty Faces and Ivanhoe on the way.