(Warning. This item may be no big deal, and there really was no research involved. But I was intrigued just the same.)

CineSavant today offers a research answer for an old question pertaining to the Sam Katzman science fiction thriller The Giant Claw. That’s of course the show with the gooney-bird monster that has provoked laughter and head-scratching since it was first screened in 1957. In the review I refrained from posting images of the bird-monster, but CineSavant’s Office of Standards and Practices now insists that I show readers no mercy.

Much of what we once knew about how these movies were made was really just rumors — once upon a time it was oft said that the 1933 King Kong was played by a man in a costume. The rumor has circulated forever that the special effects for The Giant Claw — those terrible images of a piñata- like turkey flying on marionette strings over some unconvincing miniatures — were produced in Mexico. When I wrote my latest review I balked at repeating the Mexico story. It sounded like something Sam Katzman might have said in defense of the film’s quality, an easy slur aimed at Mexican movie craftsmanship. 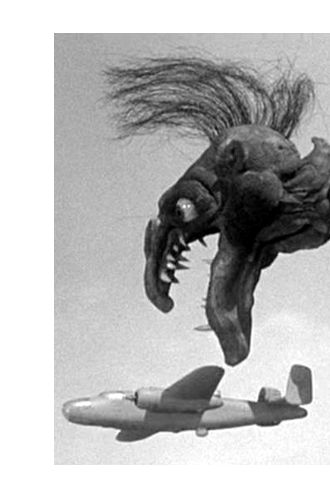 My bias regarding cheapskate Hollywood producers being what it is, I had difficulty picturing the producer wanting to pay for a long distance phone call to Mexico City. No Latin-sounding names appear in the film’s credits, but the main titles do credit well-known Hollywood veterans Ralph Hammeras and George Teague. Where’s the proof of a Mexican connection?

When uninformed, it’s easy to extrapolate dozens of possibilities, so naturally I do that all the time. I imagined that Hammeras and Teague produced the Claw’s chintzy effects right here in town, perhaps in someone’s garage. I even went so far as to imagine that the Mexico story may have been a smokescreen to trick the Guilds, to allow Hammeras and Teague two secretly work a non-union crew.

But I’m now happy to report that, thanks to input from helpful CineSavant correspondents …

… I now have what would seem the final answer to the ‘Mexico or no Mexico’ question!  Fans that lie awake worrying about the issue can now rest easy.

First, CineSavant advisor Gary Teetzel turned up some Trade Paper items about The Giant Claw, but not really anything specific about the film’s Special Effects. Then, film research authority Tom Weaver read my guessing game in the review and offered up a helpful quote from the November 15, 1956 issue of The Hollywood Reporter. The brief item, a blurb really, seemed pretty clear on the subject:

“Sam Katzman, following completion of his current The Night the World Exploded, flies to Mexico City on 11/24 for a two-week stay to supervise special effects filming for The Giant Claw. Special photography will be by Ralph Hammeras & George Teague.” 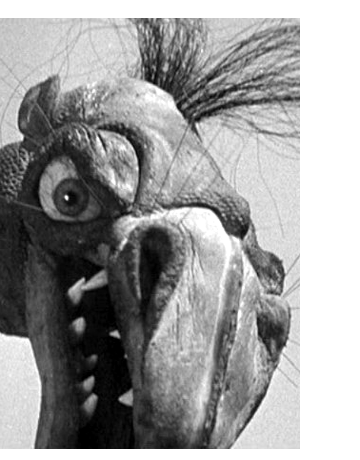 But Tom then implied that the item didn’t conclusively settle the matter. The Hollywood trade papers, Tom said, sometimes encouraged producers to make up items about future plans. The information really needed corroboration.

The best thing about CineSavant is the unexpected help that comes in from knowledgeable, well-read friends. I hadn’t heard from blogger and film investigator Kevin Pyrtle for a while. On September 17 he showed me corroborating proof about The Giant Claw’s Mexico City special effects shoot, from an interview with none other than the legendary effects man Ralph Hammeras himself. The answer has been in print for almost 40 years and readily available to film fans.

Hammeras was a pro from the early days of silent film. He has a lifetime of impressive movie credits and is credited with pioneering the glass matte shot and rear projection process photography. His camera tricks combined with Willis O’Brien’s animation skills made the 1925 The Lost World the technical marvel that it is. Other notable Hammeras films are Just Imagine (1930), Dante’s Inferno (1935), In Old Chicago (1939) The Great Dictator (1940), and 20,000 Leagues Under the Sea (1954).

The Ralph Hammeras interview was conducted by the top chronicler of visual effects Don Shay, and appeared in Issue #15 of Shay’s magazine Cinefex: The Journal of Cinematic Illusions. The impressive account of a career that spanned five decades is long and detailed. Only a sentence or so directly refers to The Giant Claw but Hammeras goes on to explain working conditions for another movie that applied to Claw as well. I’m going to quote relevant passages and paraphrase the rest.

It’s right at the end of the article. After being loaned out by Fox to work on Disney’s 20,000 Leagues Ralph Hammeras’ workflow slowed down: 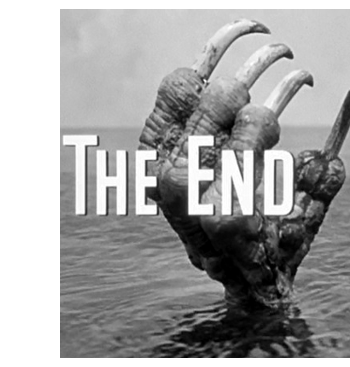 “(On some later work) I had occasion to renew my association with Willis O’Brien. In September 1957,* I went down to Mexico City to do a picture for Columbia called The Giant Claw. It was about a giant prehistoric bird that attacked New York City. We worked at the Tepeac Studio. When I had been there about two months, I got a letter from O’Brien. He was signed up to do a picture called The Black Scorpion for an independent producer, and he wrote asking me about the working conditions, plus the labor situation. I wrote back telling him that if he intended to come down to Mexico, he could cut his costs in half from what they would be in Hollywood. So he came down.”

Hammeras talks about about helping Willis O’Brien with Mexican red tape and labor regulations, and then to set up O’Brien’s Tepeac studio work space. He then continues:

“While (O’Brien) was completing his animation puppets (for The Black Scorpion), I helped him with the miniatures and painted scenes for the backgrounds – gratis. …. I think he worked there only about three months. A lot of the studio personnel were sorry to see him go, because he would invite them into the projection room when he was running his daily rushes. O’Brien did this to get their reaction to the scene he was working on and, of course, the natives got a big bang out of it.”

In the full article we find that Ralph Hammeras supervised or contributed effects work to a great many pictures without screen credit, that don’t end up on his filmography in the IMDB:

“Back at Fox, I did another big Jules Verne picture, Journey to the Center of the Earth. After that, I worked sparingly, because I had completed my contract commitments and younger men were taking over. My last two pictures were The Longest Day — with some miniatures — and Cleopatra, a painting of ancient Rome. I retired June 30, 1963, after 46 years, 6 months and 15 days in the film business.”

So the ‘mystery’ of The Giant Claw was no mystery to the readers of Cinefex … it’s only we who plumb the free-range void of social media that can’t be certain of our facts. That makes hard research by the likes of journalist and historian Don Shay all the more valuable. Cinefex magazine is no more, but it maintains a website where back issues may be purchased digitally: Cinefex Back Issues.