Where do good eats and Sci-fi history meet?   Perhaps in a lot of places, but the one I discovered a while back is a Los Angeles restaurant I’ve been frequenting for almost fifty years. When I first dined at the original El Cholo on Western Avenue it was still a single house with an outdoor patio; I didn’t actually eat on the patio until after it had been remodeled into an interior space, enclosed with a skylight.

CineSavant is at its best when digging up arcane film trivia, the sub-relevant kind that inspires respected film historians to shrug their shoulders. The only research for this particular observation occurred by eating at El Cholo not long after re-seeing Roger Corman’s first production effort, 1954’s  Monster from the Ocean Floor.  Corman’s movie takes place in Mexico but was filmed in and around Los Angeles. In the first act his leading players Anne Kimball and Stuart Wade take a break from scuba diving for monsters to go ashore for a bite to eat. Corman’s restaurant scene uses only three or four camera angles. We see a row of adobe support pillars, a small courtyard and a decorative tile pattern on a wall. ( ↑ ) 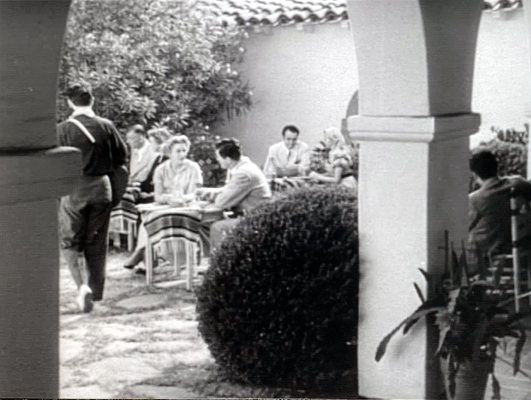 I’ve long been convinced that Corman filmed this scene at El Cholo. But my comparisons between the feature ( ↑ )   and El Cholo today ( ↓ )   didn’t convince at first, because the shape of the pillars seemed wrong. The lower section of each pillar, below where the arch begins, seems taller in the 1954 B&W frame grab.

But I was certain that I’d seen the tile pattern on the back wall; for the longest time it stood above a decorative fountain. I think it was there until sometime in the 1980s, when another remodel took place, widening the pillars, adding brickwork, etc.. 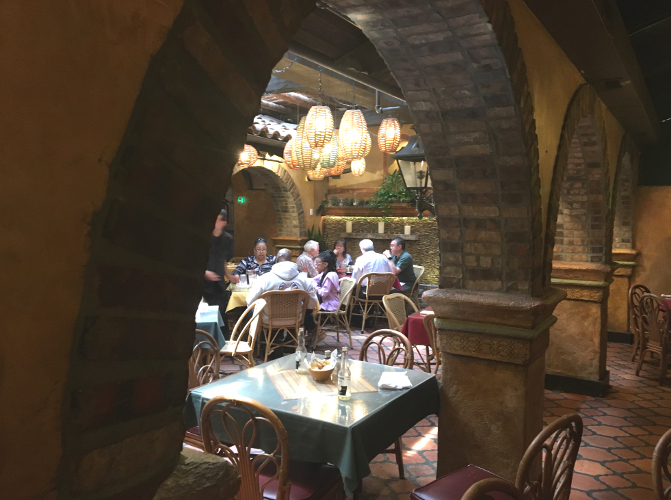 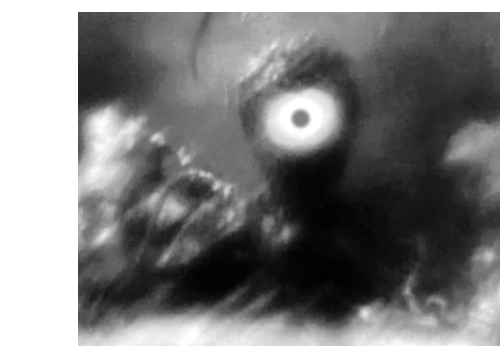 And I figured out why those adobe pillars seem a little different. In the 1954 screen grab the arches on top are barely visible, and appear to begin at least two feet higher. Then it dawned on me that when the outdoor patio was incorporated into the building, the customers would no longer be eating at ground level, on a lawn. A foundation was constructed to raise the floor to the level of the house interior… effectively lowering the arches. The brickwork added to the arches changed their profile as well.

I can easily imagine Roger Corman wheeling and dealing like a pro on his very first movie, securing a restaurant location that might actually pass for being in Mexico. As the eating area was then essentially outdoors, it would have had natural lighting, too. I wonder if the tyro filmmaker Roger was a patron of El Cholo. The restaurant was noted as a casual hangout for movie people. In the 1975 movie Shampoo Warren Beatty’s hairdresser character says he’s in trouble with his girlfriend played by Goldie Hawn: “Jeez, I was supposed to take Jill to El Cholo.”

Perhaps the inspiration for this column item came from being locked out of restaurants for the last 1.5 years… I’m eager to go out again. Is this perhaps an old piece of Roger Corman trivia that I missed?  I’m forever ‘discovering’ things that are common knowledge. Conversely, let me know if the Monster from the Ocean Floor location has been established as some other restaurant … there are other similarities that make me think I’m right. Thanks for reading! — Glenn Erickson