The folks at VCI steered us to this article published by Gary D. Rhodes, about a phenomenon I witnessed but never contemplated or knew much about, direct-to-video movies. I’m pretty sure that one editor friend of mine, Steven Nielson cut a few. Another old friend Robert S. Birchard edited a Disney direct-to-video title, Aladdin and the King of Thieves.

This article is about the development of the Direct-to-Video productions that made big money. Mr. Rhodes lays out a chronology and a number of highlights that spelled monster profits for certain players like Jane Fonda: The Real Home Box Office or The Rise of Direct-to-Video Cinema.

And this item may be a little out of left field. Back a month or two ago when I reviewed Giant from the Unknown I commented that the four Astor/Cunha features had some of the worst one-sheet art we’d ever seen. I mean, we all know that some of the worst sci-fi features had marvelous poster art. One imagines poor lonely guys exiting lone-wolf outings to The Astounding She-Monster, staring at the poster, and giving forth with a sigh: nothing like that appears in the movie. Just the same, I don’t think the awful art for the four Astors (↑ ) was dishonest. Anybody who walked into a theater displaying that ad art deserved what they got. (I did at age seven for Missile to the Moon.; Imagine my surprise when my friend and co-editor Todd Stribich showed me his original poster collection a few years back. There it was in all its glory — and just as tacky.)

Gary Teetzel’s reaction was to go hunt down foreign posters for the four (↓ ) … is it true what they say, that the French and Italian posters are always better?   It looks like some of them were done without having access to any images from the movie … maybe the distributor was too cheap to have anything sent across town to the artist. Not all are better than our domestic art, but some are certainly creative. Gary found one for Giant from the Unknown and She-Demons, two for Missile to the Moon and three for Frankenstein’s Daughter.

To see the images full-sized, ‘Zoom in’ or open them in a new window. 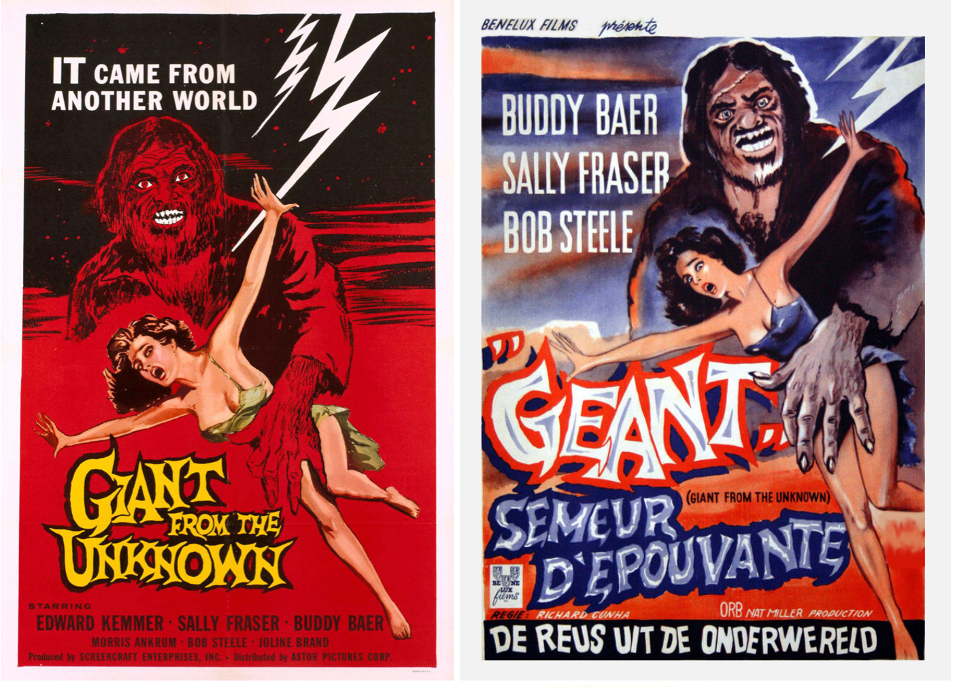 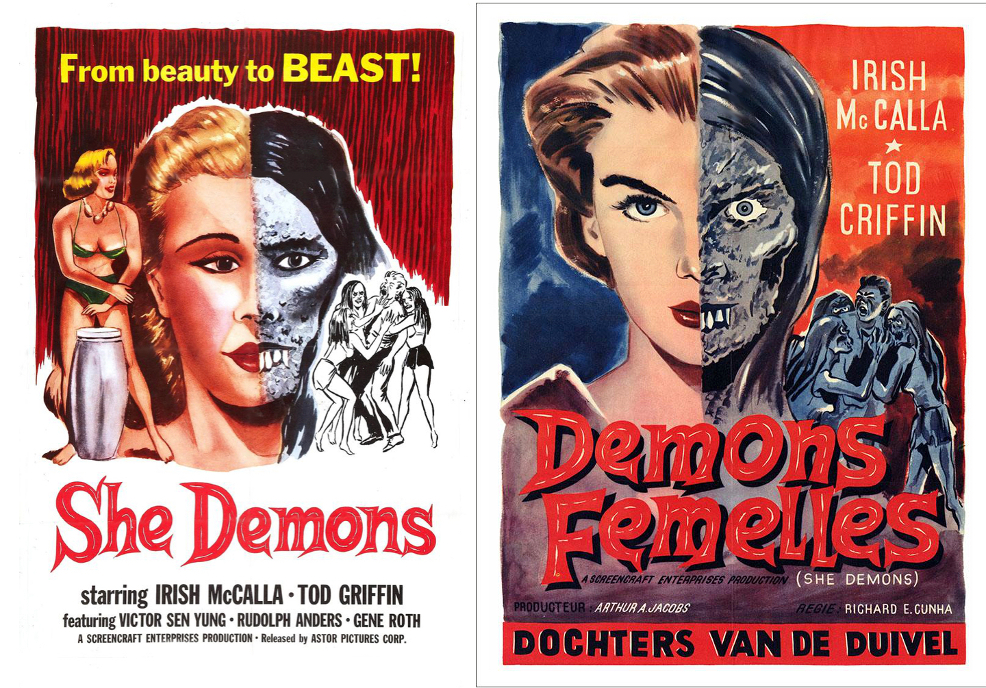 To me all are much more attractive excepting Giant from the Unknown. That doesn’t mean that any of them represent the films more faithfully.  Google translate gives us the titles: Giant in French is “Giant Sower of Fear” and in Dutch is “The Giant from the Underworld.”The Italian Frankenstein’s Daughter title is literal; the German titles say “Frankenstein’s Daughter: The Scary One.” (Did Frankenstein have two daughters, then?)

For She Demons we have the French “Female Demons” and in Dutch “Daughters of the Devil.” The Italian for Missile to the Moon is “Missiles to the Moon,” plural.  Look at the third poster — six missiles, all right.

The design of that third Missile to the Moon poster looks vaguely suspicious. ↓  Could it have been ‘inspired’ by an earlier Italian poster for Quatermass 2? 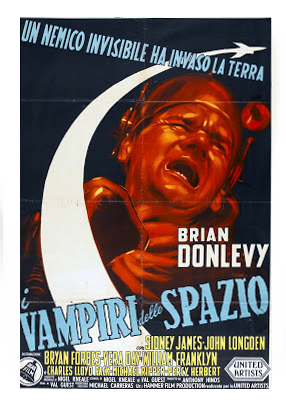