This is late notice, but silent movie fans can still catch the second night of the Kansas Silent Film Festival. It’s normally held as a live event at Washburn University in Topeka, but this year unforeseen circumstances (the exact nature of which escapes me at the moment) have forced the festival online. But that means that anyone can attend, virtually.

CineSavant associate Bill Shaffer is one of the organizers; this year the festival commentator is Denise Morrison, and musical accompaniment will be by the Mont Alto Motion Picture Orchestra. This is the Link to the Main Page, which has a link to Saturday night’s schedule and streaming instructions. 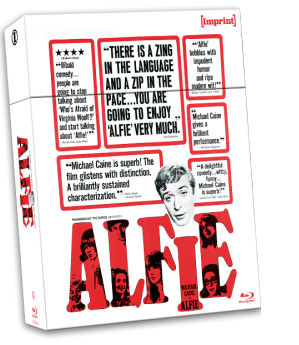 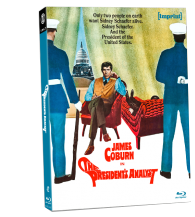 There’s happy news from Australia, and Viavision [Imprint]… the company’s May lineup includes titles I’ve wanted for years: Alfie is Michael Caine’s fine drama about a Cockney cad who learns some lessons about life; it also features what may be Burt Bacharach’s best song. The President’s Analyst may be the best film James Coburn made in his early stardom; Theodore J. Flicker’s freewheeling, hilarious satire on spies, government secrets and political paranoia is also a strong riposte to the blacklist.

For horror fans there’s the long-delayed (WHY?) esoteric 1940 oddity The Face Behind the Mask. It stars Peter Lorre in a sad little tale of an immigrant watchmaker horribly disfigured in a fire. The other items are an Essential Film Noir Collection 2 box, with The Hollywood Story, Private Hell 36, The City That Never Sleeps and Plunder Under the Sun; James Toback and James Caan’s The Gambler and Deborah Kerr and Hayley Mills in The Chalk Garden.

And we’re hotly awaiting February’s review titles (the mail is s-l-o-wwww..). I believe I’ve asked for Five, Black Sunday, The Bad News Bears and The Bridges at Toko-Ri. Viavision keeps outputting titles not released on Blu here in the states!

And here’s something I’ve been hoping to find for a long time. I have two or three souvenirs from the first run of Francis Coppola’s Apocalypse Now back in 1979. For me and fellow film student Steve Nielson it was August 16, 1979 to be exact — I attached my ticket stub to the pamphlet, looking forward to a future world with computers and an internet. 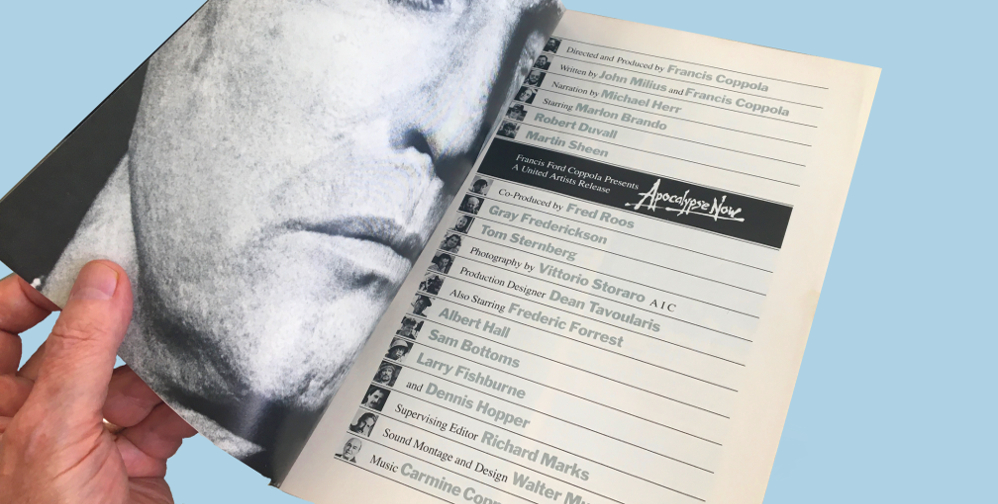 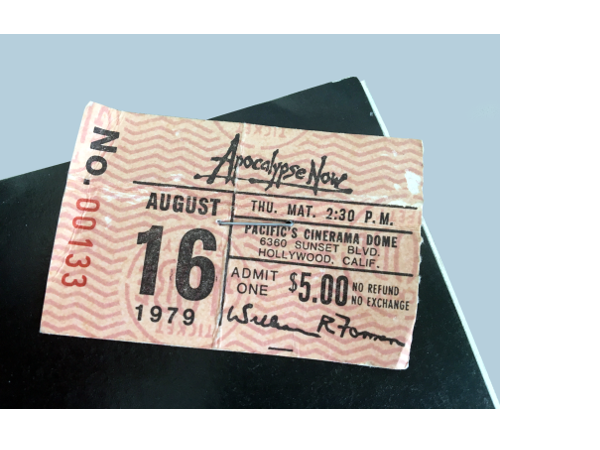 Yes, when we first saw the movie at Pacific’s Cinerama Dome, it was in 70mm with an incredible sound system blasting away at us; the experience was a stunner. I believe we sat up most of the night arguing the movie’s merits, but the bottom line is that any movie worth discussing that long has serious merit.

It’s true, in its first run Apocalypse carried no on-screen credits; the picture just faded out on a shot of the boat leaving the Kurtz compound, with a little Zoetrope copyright notice. That’s why they handed us these booklets, as if we were attending the opening of an opera. The idea was to make the movie as an ‘event,’ I guess, and it worked: “Gee, it’s so important, so cinematic, that we don’t want any ‘ordinary’ text on screen.”

Now I’m tempted to buy the 4KHD disc of Apocalypse. I hope it has the original cut without all the extra French plantation nonsense and other extended scenes.

The images can be read better when opened in a new window — they get larger.