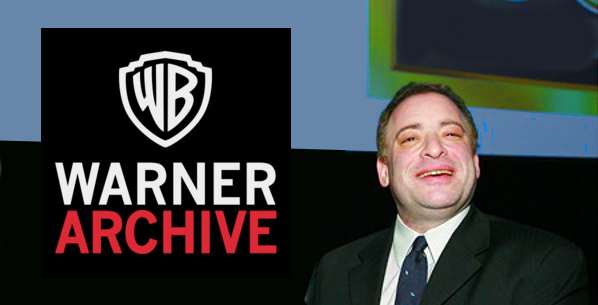 I want to say something about George Feltenstein, who I am told has just stepped down from an executive position at Warner Home Video. George’s name has been a pillar of the Home Video industry since the early VHS videotape days, when he headed up MGM/UA Home Video.

I was George’s employee at MGM/UA roughly from 1991 to 1996, when home video profits were motivating the big studios to create film restoration departments. George had a mandate to search the vaults for exploitable content, and his efforts brought forth vast quantities of unused musical numbers and original session recordings for famous scores and songs. Many of these became remastered soundtracks, always with ‘extras.’ Multi-track master recordings made it possible to remix famous musical numbers by Judy Garland and Gene Kelly in true stereophonic sound.

When I arrived at MGM/UA George was in the midst of a pet project called ‘The Ultimate Wizard of Oz‘, a lavish laserdisc that compiled an enormous quantity of audio and video extras for the most magical of MGM musicals. At over $100 dollars a copy (in 1993 dollars) I don’t know how many of the big laserdisc boxes were sold but I’ve proudly kept mine intact. A big part of the job was promoting revivals of MGM product, which put George in contact with numerous legends from his beloved old musicals. MGM/UA sometimes felt a little like TCM, years before TCM came into being.

My first personal contact with George was through the VHS sampler promos I’d cut for cassettes that were distributed monthly to thousands of video stores, everything from Singin’ in the Rain 40th Anniversary to a colorized Jailhouse Rock. We also cut elaborate themed montages for trade shows, and giveaway laserdisc samplers with collage-montages of WB cartoons, Busby Berkeley musical numbers and George’s Forbidden Hollywood series of provocative early talkies that would later be known as pre-Code attractions. Although George’s personal specialty is musicals he lavished special attention on every item in the library regardless of genre. When a classic United Artists science fiction film came up on the release schedule George went to great pains to obtain the original, longer version from an English archive.

George also executive-produced some of the first long-form home video documentaries, for movies like Midnight Cowboy and That’s Entertainment III.  Phone calls for George were often routed to the editing room. Some were rather startling, as when a bright-voiced Ann Miller popped on the line in a chirpy Texas accent: “How ya doin’ honey?  I’m Ann Miller!  Is George around?” Equally unforgettable was the marvelous vocal talent June Foray, who asked basically the same thing, except with the voice of Rocket J. Squirrel. Coming out of the blue, the effect was surreal. At that moment Rocky and Bullwinkle were alive and real.

I do not have the full story on George Feltenstein’s broader career. A bit before the introduction of DVD, I think he left MGM/UA to work for Warners, or was it perhaps first for Turner?  When Warner Home Video finally committed its deep film library to the DVD format around 2001 or 2002, George took charge.

One of George’s biggest achievements is the creation of The Warner Archive Collection, an entirely new home video marketing concept. The WAC’s high-quality made-on-demand discs ran an end-run around the shrinking market for DVD disc sales. After an initial hiccup or two the brand took off like wildfire. George made sure that every WAC title be released in its original aspect ratio. Thus fans, collectors, writers and researchers were given ready access to a huge quantity of MGM, Warners and RKO film history.

George put his full energy into promotions. His team maintained a fan-friendly website and frequently plugged their new releases and restorations in person at conventions. Whenever I inquired about some new restoration that was cooking he’d return my calls to explain what was being done. I’d get both the whole story and the part that was safe to print. In other words, George personally made Warners the most consumer-friendly of studio Home Video companies, generating a mountain of good will. Clear evidence of this can be heard in the Warner Archives’ Apple Podcasts, all 425 of them.

And let me sneak in a link to an article by my associate Marc Edward Heuck at the blog ‘Rupert Pupkin Speaks.’ For the last twenty-odd years Marc has amazed me with his photographic memory for everything concerning film. Every year Marc would issue a ‘best-of’ feature list, and his recommendations could be counted on to be both 1) titles I’d not even heard of, and 2) titles that were great. The pandemic year didn’t slow Marc down — he calls this screening report Film Discoveries of 2020.