Happy Saturday!  Today’s top CineSavant Column photo from the John Milius epic harks back to the sarcastic texted images I was putting up for a few months back in early 2017. China and Russia have called us out for being an ‘unstable’ democracy, I immediately thought of a W.C. Fields joke, from It’s a Gift. A businessman tries to shame Fields’ ‘Harold Bissonette’ for being drunk. Bissonette responds,

“And you’re crazy. But I’ll be sober tomorrow and you’ll be crazy for the rest of your life.”

I think the exchange fits. Yep, today we’re an embarrassing mess. But China and Russia are not likely to stop being miserable dictatorships any time soon, and on January 20 we’ll be a functioning Democracy again. So there.

Now, for innocuous fun stuff that lowers the blood pressure.

This link I swiped from David J. Schow: I wish it were longer, but I’m still impressed by A Walk Through the Ennis House, which is of course the great Frank Lloyd Wright creation seen in the classics Blade Runner and House on Haunted Hill. Love those designer bricks … and wonder why the windows were designed like castle lookouts, rather than to offer scenic views of the city. Try to see the pre-Code sizzler Female — Warners’ art directors imagined and built a fantasy soundstage interior for the Ennis House, and a fantasy back yard with a giant swimming pool in the same style.

The view shown just above is how the Ennis House looks when I drive to Los Feliz for groceries, now just once a week. If you visit I do not recommend threading one’s way into the hills to get a close look — the neighborhood doesn’t encourage it. 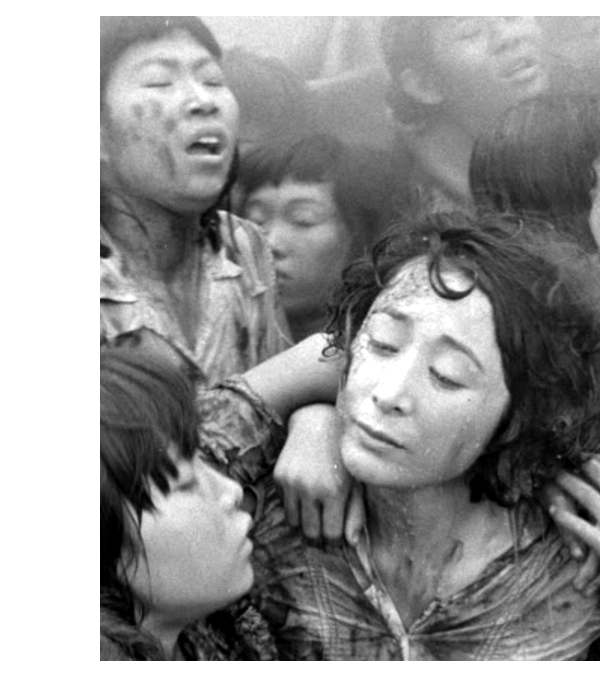 And I’m remiss in not calling out long time correspondent Kyu Hyun Kim’s teaching-oriented page Q Branch Mirror Site. The learned ‘Dr. Q’ is particularly keen on Asian film, especially when relevant to world affairs. On 12.10.20 he uploaded a fine look at the newly-revived 1953 Japanese drama Hiroshima, which I also reviewed back on August 22.

Dr. Q calls the Hiroshima disc a major aid for teachers of modern Japanese history — eight years later, it fills in the ‘dark area of the map’ in the artistic response to the bombing.

The next article on the Q Branch front page smacks down the revisionism of the new Godzilla franchise, the “crude and thoughtless way in which Godzilla was decoupled from its original historical context.” If Asian film is of interest, you might enjoy poking more around the Mirror Site.

Gary Teetzel forwards a link to a YouTube page called Defunctland VR: 20,000 Leagues Under the Sea. It’s a re-created walk-though of the old 20,000 Leagues Disney World ride, so like the original ride runs a full 14 minutes. The page reportedly includes both a VR version and one for un-plugged people like myself. I think what we hear is an imitation of of the voice of James Mason.   Gary:

“If you don’t have a set of VR goggles handy, you can at least use your mouse to change your p.o.v. within the VR space — looking right, left, up, down. Watching it this way, for me at least the picture fell behind the audio, so Captain Nemo was describing things several seconds before they appeared.”

I definitely remember the ride in the Anaheim Disneyland, especially its use of bubbles outside the sub windows to mask transitions to new locations. I don’t remember all the exciting sea monsters, but I do remember the hour-long wait to get on, circa 1963 or so.