First up is some fun from the rumor mill. Since I’ve heard it from three separate sources now — and one of them someone likely to know, I don’t feel too hasty passing on the unconfirmed report that a Blu-ray is on the way for George Pal’s Destination Moon. That’s the epochal science fiction movie that jump-started both Pal’s live-action career and the entire 1950s Sci-fi wave. For all I know, the in-the-works disc is already common knowledge on the web boards. Various rights for this particular title are spread out here and there so there’s no saying where exactly it comes from or who to ask about it, and I have no further details. What’s important to us diehard fans is getting all the ’50s greats out in editions that show them at their best. The one available DVD of this show is pretty ragged. 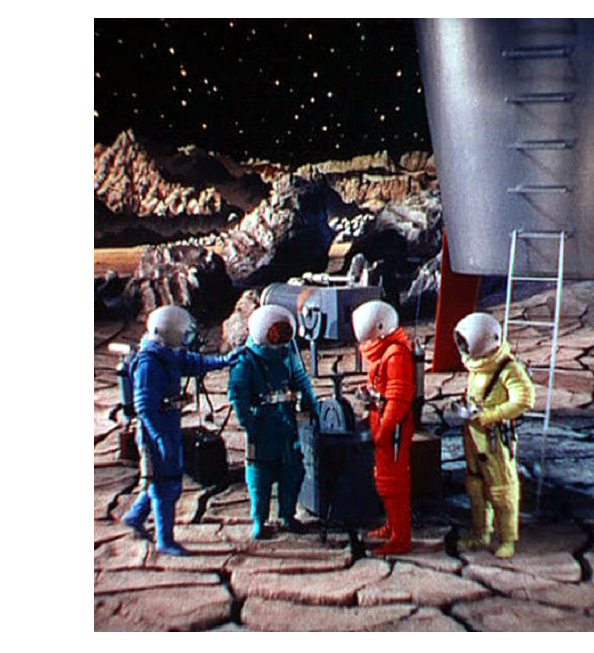 Yes, in strict historical terms Germans and Soviets were the first to make movies about going to the moon with rocket technology. But Pal’s picture is the one that captured the imagination just as the feasibility of such an incredible journey gained traction. Moon was still included in the discussion when the real moon landing came in 1969 — the network news shows ran film clips from Pal’s show, and also from Things to Come to illustrate 20th-century notions of ‘The Conquest of Space.’ I remember the news broadcasters reporting that Apollo 11’s LEM module had to do a last-minute sideways maneuver to find a suitable landing spot — and one commentator noting that that a similar close-call incident had been depicted in Destination Moon.

And wow —  What a happy surprise from The Warner Archive Collection for January. The WAC’s Blu-ray announcements showcase four new items: After the Thin Man is the first sequel for William Powell & Myrna Loy, Room for One More is a follow-up for Cary Grant & Betsy Drake’s Every Girl Should Be Married and the great MGM musical Good News has the must- see ‘Pass that Peace Pipe’ number with Joan McCracken.

The killer announcement is for a movie I was beginning to fear would never be cleared for a disc release, the terrific Doris Day musical The Pajama Game. It’s up there as Day’s best or near-best movie — all the songs are wonderful show-stoppers, and Day’s exuberant character is perfectly tuned to her image. It’s also a great show for Carol Haney and Reta Shaw, and of course the choreography of Bob Fosse. Neither The Pajama Game nor Damn Yankees has been around on hard media since 2005 or so; I’m not sure either has even been screened on TCM, although I’m told that a good encoding of Yankees can be seen on Amazon Prime. Pajama Game is going to be a super winter treat.