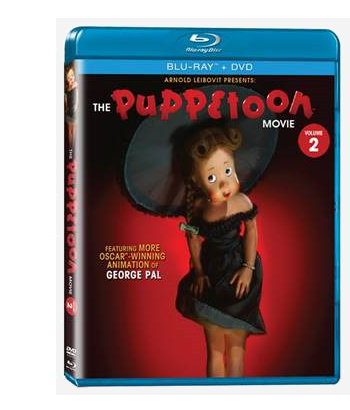 After an extended production period, Arnold Leibovit has his Puppetoon Movie 2 Blu-ray collection ready to ship. I reviewed his impressive first Puppetoon Movie back in 2013; this new collection contains a full eighteen cartoons, including some cel animation items from earlier in the 1930s. All but one is new to home video. The running time of the shows is just over three hours.

I especially note the inclusion of four Jasper Puppetoons — I remember them only in B&W from TV in the early 1960s. Leibovit is taking preorders now, and says that the disc should be ready to ship in December. He has a page with pre-order info, and a second URL with a bright and snappy musical Puppetoon Movie 2 Blu-ray trailer. 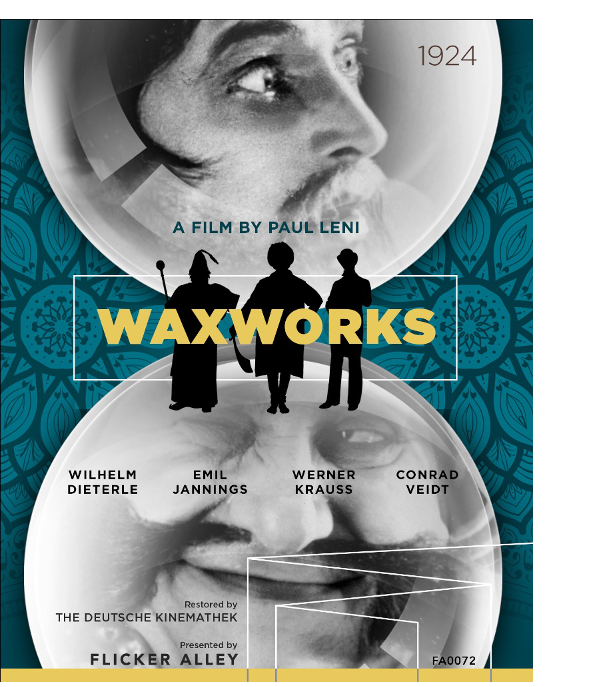 And Flicker Alley has announced a street date for its English language Blu-ray of the Deutsche Kinemathek restoration of Paul Leni’s 1924 Waxworks (Das Wachsfigurenkabinett). The film stars three top stars of Weimar cinema — Emil Jannings, Werner Krauss and Conrad Veidt, plus future director William (Wilhelm) Dieterle. Three of them play mysterious, nefarious characters: Caliph Haroun-al-Raschid, Ivan the Terrible, and Jack the Ripper. It’s being presented with a full slate of extras, and the release date is scheduled for November 3rd. There’s a pre-order page for this one too: Flicker Alley Waxworks, and also an online trailer.