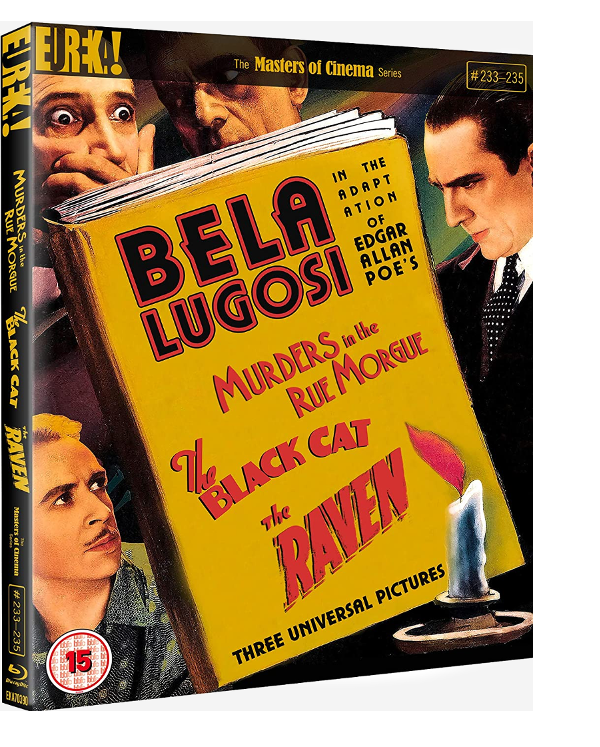 First up, Eureka in the U.K. is offering its own ‘Masters of Cinema’ box of Bela Lugosi’s Edgar Allan Poe horror vehicles from Universal. It’s the usual set, with Murders in the Rue Morgue, The Black Cat, and The Raven. But Gary Teetzel passes on the information that Murders in the Rue Morgue “includes a re-edited version as an Easter Egg.” Online posters have confirmed that somebody indeed has edited a version that re-orders the scenes in the theoretical original sequence described by Gary L. Prange and elaborated by Tim Lucas in an old issue of Video Watchdog. That’s something I’ll have to see if I get a chance.

The same online post hints that his Blu-ray iteration of Rue Morgue is the slighty altered version that adds soundtrack music to a scene or two. So be advised that Eureka’s disc will likely be encoded Region B. 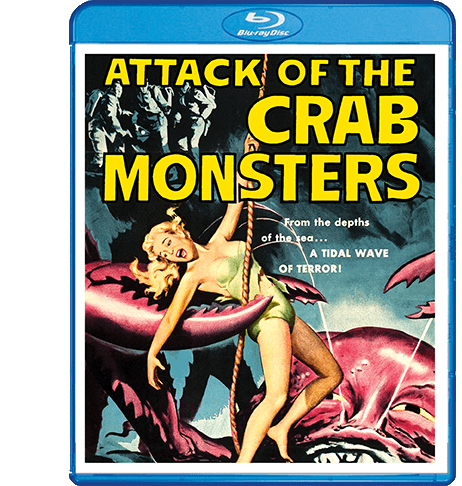 Then, the news just popped yesterday that Shout! Factory is releasing Roger Corman’s great Sci-fi thriller Attack of the Crab Monsters in just ten days, on August 25. Among the extras for this Region A disc will be a commentary hosted by Tom Weaver. The catch? The disc release is only being offered through the Shout website, and only 1,000 units will be made. I have to say that Shout’s plan makes total sense to me: a vintage Corman attraction commands a limited but extremely loyal potential customer base. It’s maybe not a huge number, but all of them will buy it immediately. And there’s no need to throw some giant publicity net onto the internet — the horror/sci-fi grapevine has surely already spread the news to every hot-to-trot buyer.

Finally, someone at Shout! must have asked why they’d want to split the take with Amazon on such a niche-market item. My first thought is that the exclusive eliminates Amazon’s usual deep discount (although Shout’s normal product doesn’t see that much of a markdown). And then I think, gee, can Not of This Earth? be far behind?  I’m still one of those kids from Matinee, staring at next week’s poster and wondering how exciting the monster will be.