This first item may be a little tabloid-ish for the hoity-toity elegant patrician taste of CineSavant, but that never stopped us from poking our nose into an old cinema scandal. A Daily Mail article has the lowdown on a sad case of psychological fallout from the ungodly mess that is the legacy of Charles Manson. Back in the late 1960s Roman Polanski was surfing a wave of giddy jet-set hedonism, that required reading between the lines for some of the interesting cast choices in his films, like Iain Quarrier and Angela Dorian. Ms. Dorian would ‘become’ Victoria Vetri, and in Polanski’s Rosemary’s Baby her Terry Gionoffrio character is even told, “I thought you were Victoria Vetri, the actress.”

Well, Ms. Vetri’s post- Tate-LaBianca history is tangled and tragic. Joe Dante passed along a 2018 Daily Mail article — Rocker Describes How Former Playboy Playmate Wife Victoria Vetri Shot Him In the Back — which tells the story from the POV of her husband, Bruce Rathgeb. A plain-facts account of the case is readable at the Los Angeles Daily News, from 2011. Talk about Once Upon a Time in Hollywood: even on the outer-outer fringes of the Manson cult, the strange and sad stories never seem to stop.

And it appears we have welcome future disc news from Stuart Galbraith IV:  Arrow Video in December is releasing a remastered Blu-ray of Daiei’s 1956 Sci-fi landmark picture Uchûjin Tôkyô ni arawaru (Unknown Satellite over Tokyo), aka Warning From Space. The projected street date in the U.K. is December 10. Hopefully a domestic disc from Arrow USA will be announced as well. 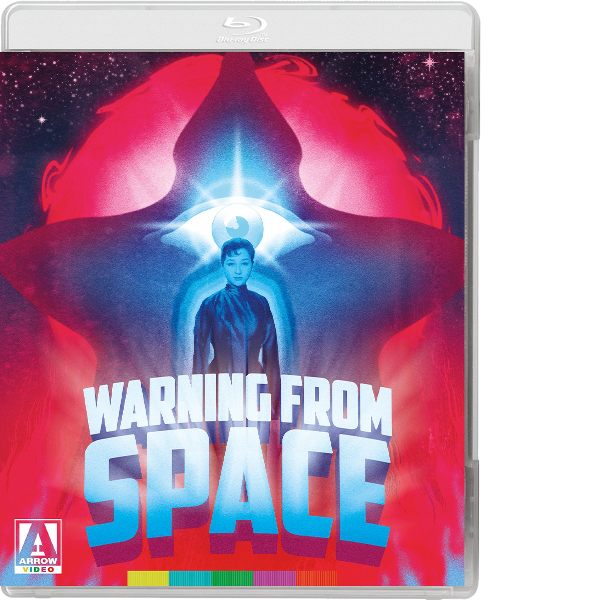 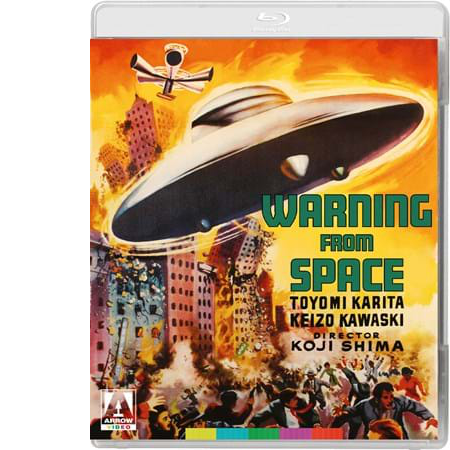 Long ago, we saw this weird show maybe once on television (produced for English language by Jay Cipes, according to the IMDB) and have been curious about it ever since. It has the warm color timing we associate with Toho’s Rodan, before Japanese color seemed to go cooler and more blue (non- expert observation, that). Warning from Space is disappointingly missing from Bill Warren’s encyclopedic book Keep Watching the Skies!  Bill was unpredictable when deciding what films did or didn’t qualify for inclusion in his personal Sci-fi overview. Because Warning from Space didn’t show theatrically here, he skipped it altogether.

I once made what I thought was a big big big (read: incredibly esoteric) editorial discovery about Warning from Space, but I’ll hold off blabbing about it again until I hear Stuart’s commentary… I’m sure he’ll have a lot to say about a show that been a big question mark for far too long. (Hint — it has to to with the old TV versions, and the subtitles).

Oh, and I can’t forget to add: THIS unbelievable bubble gum ballad is NOT the original theme song from this movie. (You have to listen until 2:53. It helps if you imagine Daiei’s starfish creatures singing in unison.) Who says CineSavant isn’t inspired?

And a couple of weeks ago I plugged Alan K. Rode’s now-imminent online Zoom discussion of his book Michael Curtiz, A Life in Film. Alan tells me that he’ll be discussing the director Curtiz with a slide show and film clips for 45 minutes, followed by a 15 minute Q&A session. Admission is free. So if you’re interested, make yourself ‘Zoom’ ready. To listen and watch, on Sunday at the appointed time click on this Zoom link and follow the prompts: