On the 4th of July, just last Saturday night, Los Angeles had a ‘no fireworks’ rule going. Private fireworks have been illegal here in the city since at least the 1970s, but on holidays they get shot off anyway. We just wait for the news to come in of injuries and fires. This year’s stricter rule banned all organized displays to discourage large gatherings during this very serious pandemic. With every trip out of the house, I imagine hearing a Looney Tunes character sneering at me: “You’ll be SORR-RY!”

But since our citizens don’t observe the good sense and civic goodwill to use masks against COVID, we knew darn well that every idiot with an illegal skyrocket and a cigarette lighter would be out, eager to burn up a palm tree or burn down an apartment building. Hey, does some kid want his fingers blown off, or his eyesight extinguished?  Come to Hollywood!

We weren’t disappointed. By nightfall the illegal fireworks reverberated through the house, from all over. In Los Angeles sound is weird as it bounces around; you can’t tell if an individual BANG is just down the block or a half-mile away. By 9pm the constant barrage continued unbroken until after I fell asleep at 1am. To us it sounded like Da Nang under bombardment by the VC.

Patrick Gomez edited two or three long aerial takes over The City of the Angels, likely from a news ‘copter staying at a prudent altitude. His memorable video recalls a popular science fiction picture: Man turns Los Angeles into Blade Runner after hypnotic aerial footage of illegal fireworks goes viral.  You will think that L.A. was under attack by Wild Bill Kelso or maybe Zahgon Bombers, trying to knock out our ionization shields. Mr. Gomez’s short video is definitely making the rounds; several friends sent it to me independently.

In the morning when I got my paper (yep, like Fred MacMurray in The Shaggy Dog), there was a mist in the air and the faintest smell of gunpowder… or did I imagine it?

And that’s the fireworks news from Dystopia of the Angels, where all scofflaws and death-wishers are Above Average.

Sad news about Ennio Morricone  yesterday… so much great music. We’re sad that we never saw him in concert… but happily he was a legend in his own time, and greatly appreciated world-wide. His music makes any movie repeat-viewable ad infinitum.

The link above to Chi Mai is my wife’s favorite Morricone cue. She pointed out to me his habit of using instruments as pure emotion. Chi Mai feels deeply emotional; in the movie it comes from it represents the pain inflicted on African colonies. The beautiful Morricone music that I think of for a funeral comes from this Leone classic.

Monday morning KPCC FM radio played Morricone music, lightly, behind their morning newscasts — which tells us how everyone feels about Il Maestro’s passing.

CineSavant and Trailers from Hell’s esteemed creative dynamo Charlie Largent asked to jump into the CineSavant column to promote a new film he’s enthused about. So we’ll finish up today with what I think is going to be a sincere ‘stream it’ pitch: 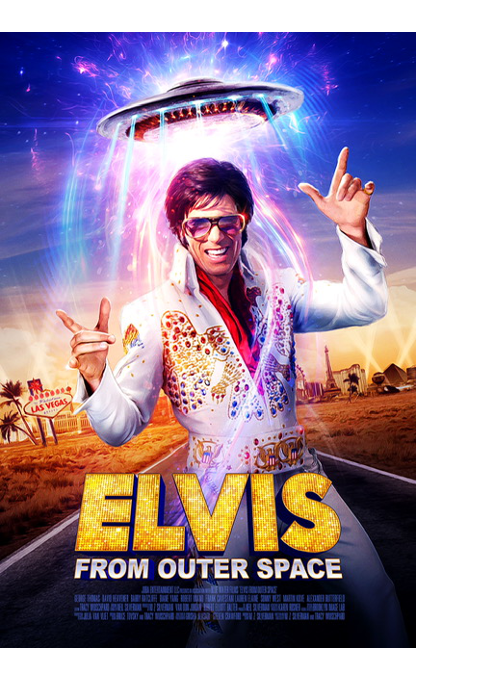 I want to thank Glenn for letting me call attention to a unique project that showed up on my radar. At a time when it’s harder than ever to make a movie, some enterprising folks show us that there’s more than one way to skin a cat. Or a rock star. – Charlie Largent

Elvis Presley was an otherworldly talent but what if he really was from another planet? A new film from Joba entertainment, LLC examines just that premise. In Elvis from Outer Space, Graceland’s favorite son is revealed to be a bona fide alien and subject to all the indignities our government would place on any suspected alien interloper. Though low budget the movie has the glossy sheen of many big budget productions and the story behind the film makes it really special. Roger Corman would be proud.

Like a few of Corman’s more infamous productions, the movie started out as one thing and ended up quite another. Elvis started life as a feature length film written and directed by Marv Z. Silverman, then was whittled down to a short film and then expanded into a bona fide feature length movie. In a sleight of hand that would make Corman proud, director Tracy Wuischpard, along with Wuischpard’s husband, musician and animator Bruce Tovsky, performed several feats of cinematic prestidigitation and voilà, a film fit for the cineplex. That the new storyline is so fluid is a testament to the filmmakers who made the new scenes blend seamlessly with the old.

As with many of Corman’s films, the making of Elvis from Outer Space is as interesting as the movie. Due to an accident Wuischpard couldn’t travel but still needed to direct the new scenes so they devised a way to do remote shoots using an iPad and FaceTime. A production assistant would carry the computer around with Wuischpard’s face along for the ride – she was able to observe the takes and coach each actor individually – in her words, “It was crazy, but it worked.”

Tovsky took on the special effects using 3-D animation to create the aliens, space ships, transporter beams, and super-power effects. One of the original actors from the short, George Thomas, was inserted into the new sequences 7 years after the original shoot and digitally de-aged.

Examining the final cut, Wuischpard declared it “My ‘Plan 9 from Outer Space’” and “… hoped there would be an audience that would enjoy the wackiness.” Elvis from Outer Space may not achieve such a hallowed cult following but it’s definitely wacky and the skills the filmmakers bring put it over the finish line.

The new show is available on Apple TV and Amazon Prime beginning today. You can hear Tracy discuss all the details here on the UFO Buster Podcast.