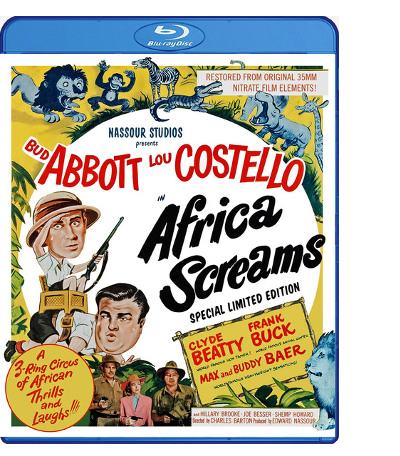 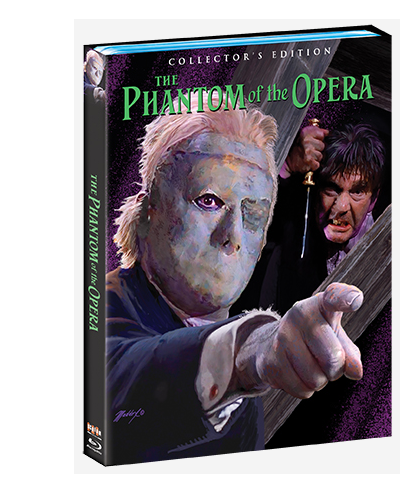 Just two announcements today. I’m informed that the new restoration of the Abbott & Costello comedy Africa Screams is on the way; I might be able to get a review out for Saturday. ←

→ Scream Factory just gave an August 11 date for its special edition of Hammer’s The Phantom of the Opera with Herbert Lom and Heather Sears. Phantom is one of those Universal Hammers that are often transferred at a wide 2:1 aspect ratio; the best item in Scream’s spec list is the news that encodings will be offered at both 1:85 and 1:66.

And Scream has also just released the extras list for their disc of Frankenstein and the Monster from Hell, due on August 18. This notice is a bit worrying, as it makes no mention of the biggest fan concern with that film, several missing bits (of surgical gore, I believe) that were left out of earlier home video presentations. You’d think the company would definitely play it up if they had the fully uncut version.

And finally, we’re told that Lionsgate will be releasing a Blu-ray of David Cronenberg’s early horror gross-out Shivers aka They Came from Within. Arrow’s earlier Blu was Region B only. Interestingly, when I reviewed Shivers in 2014 my first words were, “Is this the movie you really want to see while Ebola is running wild?”

Hopefully reviewed soon at CineSavant will be Criterion’s Come and See, Arrow’s interesting-sounding America as Seen by a Frenchman and maybe a backward step to enjoy Kino’s Lonely Are the Brave, which was released back in May.

Onward to July. We’re not halfway through a locked-down year where we learned how to look through windows, all over again. I forgot what a restaurant is like, but my little green lawn is in great shape!