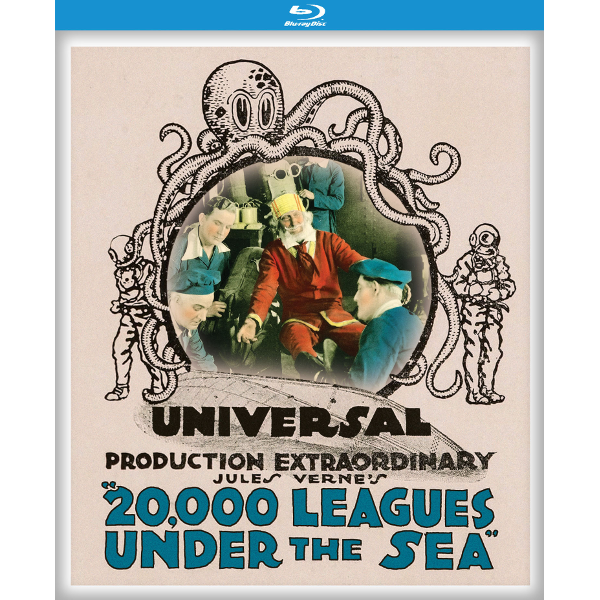 Gary Teetzel says that a Kino Blu-ray announcement has been circulating on the web for the 1916 Stuart Paton/Ernest & George Williamson version of Jules Verne’s 20,000 Leagues Under the Sea, with a release date of July 28. A 4K restoration sounds pretty exciting, even if the clips we’ve seen over the years make the movie look more like a curio than a silent classic. The announcement also listed an Anthony Slide commentary, and a music score by Orlando Perez Rosso. I’ll be happy to report on this one … in fact, I ought to catch up with reviews of some other silent & sound sci-fi obscurities I’ve gotten around to seeing lately.

The Hardy Encyclopedia lists the show at 113 minutes (!). The adaptation adds a subplot in which the Nautilus rescues Nemo’s daughter (!) from Arab kidnappers. The underwater effects were reportedly filmed in a special tank in Nassau; the Williamsons were hired by MGM in the late 1920s to help film special effects for the part-sound The Mysterious Island.

Is this what they call a slow news day?  I’ll spare you more personal remarks or thoughts about the lockdown / opened up / lockdown, which is of course is more important than anything you read here. For the core subject matter of CineSavant, all it means is that some disc providers are able to keep the movies flowing, while others cannot. And shipments from overseas are a little iffy — hopefully just delayed a couple of extra weeks. Does anybody out there order enough product to know what’s being delivered in a timely fashion?