CineSavant launches new reviews early on Tuesdays, the same day that future releases of new discs are often first announced. That means that my happy ‘news’ of desired discs is usually three or four days old … which doesn’t bother me at all. 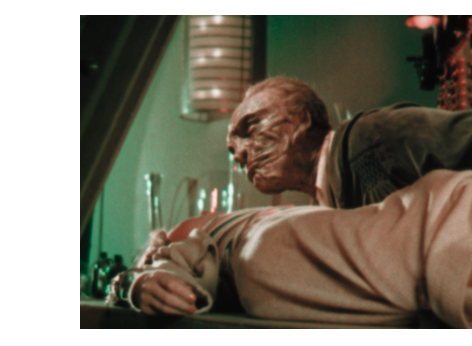 → Due out on May 12 is The Warner Archive Collection’s remastered Blu-ray of the classic 1933 Mystery of the Wax Museum. This will be a big treat because the new transfer reportedly recreates the original limited-hue look of 2-Strip Technicolor, as described in this UCLA article. The old 1990s laserdisc transfer was made from Jack Warner’s surviving print, but the colorists did everything they could to ‘improve’ the color. The resulting copy, seen many times on TCM, has always raised the ire of specialists that knew it wasn’t accurate. As the article explains, a second partial copy found in France was used to fill in missing frames, etc.. The restoration demo offered is pretty impressive, especially around those reel changes.  Just admiring the two-tone color design is fun.

The exciting, funny movie is better than its remake House of Wax. It has some genuine chills and classic scream queen moments from Fay Wray. One of her glass-shatterers may be the best horror film scream of all time: “You FIEND!” I’m partial to Glenda Farrell’s comic reporter, too. 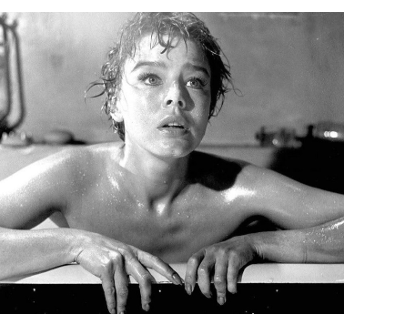 ← Next up is Kino’s finally-in-Region A release The Day the Earth Caught Fire, an incredibly timely sci-fi movie that we can readily relate to. Its topsy-turvy planet disaster applies to most every scenario that disrupts the social status quo. Even though it’s about a bizarre consequence of nuclear testing, the show’s weird weather aspect definitely applies to our Global Warming debacle. Although Kino’s disc doesn’t have the superb extras of the 2014 BFI Blu-ray, it does have an older Val Guest commentary. If it’s the one from the old (2000) Anchor Bay DVD, Guest will be hosted by our friend Ted Newsom. The one new extra will be a commentary by Richard Harland Smith, who Kino has tapped for a number of quality Sci-Fi discs in the last few years. The release will arrive on July 7 … you know, long after our present calamity is over (cough, cough).

Most Americans are still  unfamiliar with the picture, which won its share of English awards. The Wolf Mankowicz screenplay is terrific, the production lavish, and it benefits from great performances from Edward Judd, Janet Munro, Leo McKern, and Arthur Christiansen. The (new?) disc artwork pictured above is pretty good, even if it looks like a morning-after vista from the previous year’s Gorgo. 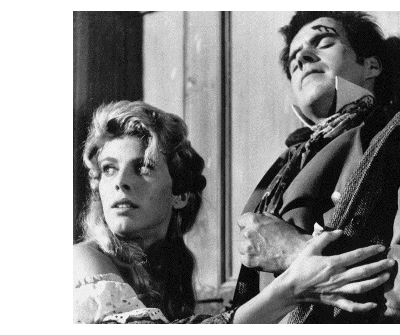 → And finally there’s the equally anticipated Blu-ray of John Gilling’s The Flesh and the Fiends, a two disc set with an alternate cut called The Fiendish Ghouls aka Mania. The long-ago Image DVD (2001, just before 9/11) encoded both the standard UK cut and an uncensored Continental version. The advance specs don’t mention that, but Tim Lucas, who has done a commentary for the release, says he read it to the Continental cut, so I guess fans of vintage horror skin won’t be disappointed. Frankly, seeing the tawdry ‘naughty bits’ alternate scenes for the Baker/Berman Jack the Ripper was depressing. My memory is that the replacement footage for FATF was directed and produced as quality goods.

For those you that care about your horror fare, Flesh and the Fiends is a truly important picture, firmly planted in historical fact. Peter Cushing’s sympathetic Doctor Knox is an original, nothing like his take on Baron Frankenstein. The supporting cast is superb — Donald Pleasance, Renee Houston, Billie Whitelaw and John Cairney. 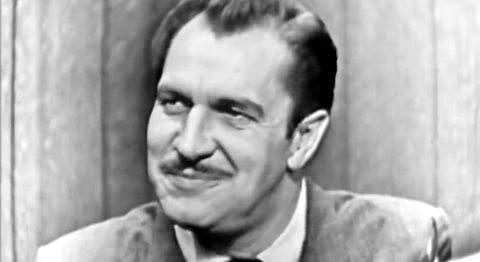 And a bit of fun thanks to a tip from correspondent Craig Reardon. The spoiler title is ‘What’s My Line?’ — A Spooky Surprise from Vincent Price. Craig says that the Prince of Horror shows up around eighteen minutes in. With that voice and reactions, the panel must have guessed his identity the moment he opened his mouth. 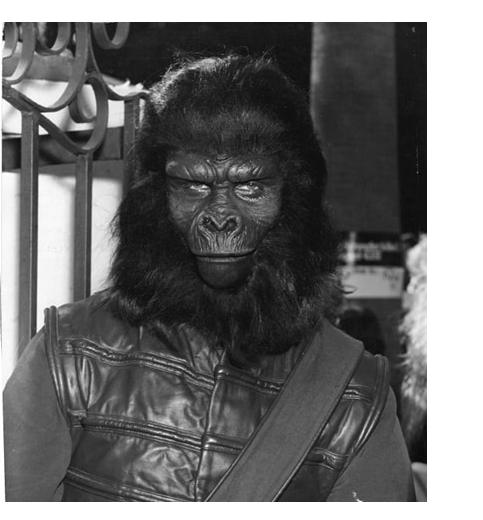 A late addition:  A couple of nights ago my friends saw Jimmy Kimmel’s visit with Trump’s new medical advisor, the big joke being that he turned out to be Planet of the Apes’  Dr. Zaius, an orangutan with a medical degree.

That’s when Wayne Schmidt recalled that he had once been made up as ‘General Ursus’ for an ancient fan convention. The job was done by his friend Steve Neill, a multi-talent who went on to a varied career: makeup artist, filmmaker, puppeteer, model maker and visual effects artist. Here’s what Wayne wrote: 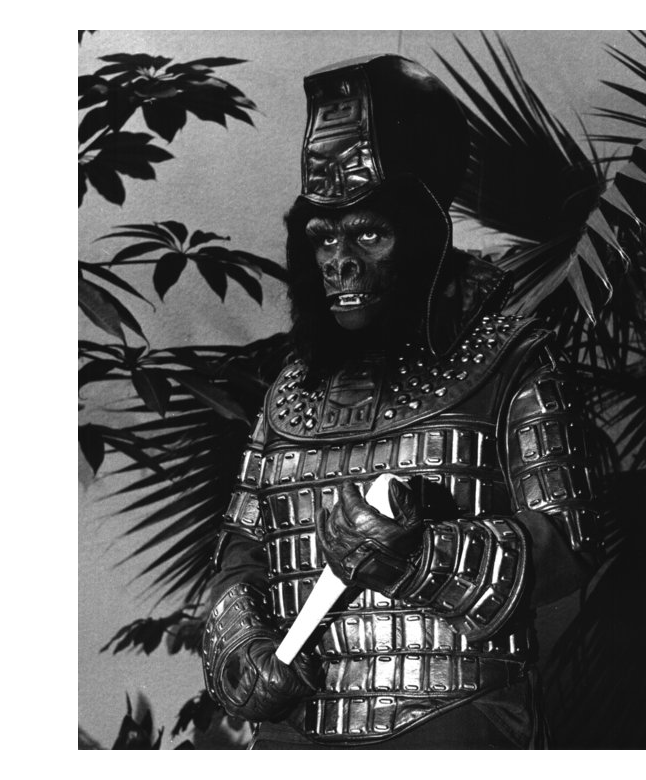 “Planet of the Apes’ was for me like Star Trek was for the other sci-fi dweebs of my generation. I think I saw the original film twenty times or something. Collected tons of stuff on it back then. I met Steve Neill because he showed up at a costume party made up as Cornelius. I was of course curious how he’d done it and told him I would love to be made up in a gorilla make-up. He said sure, and after the fun and games of life masks and spirit gum I emerged as General Ursus from the second film. This was for Equicon, one of the granddaddies of fan conventions. The outfit is actually the one James Gregory wore in the film. I rented it from Western Costume at the time. I was honored that that the convention used that picture for their NO SMOKING . . . OR ELSE!” signs around the hotel.

Steve put me in makeup two more times. I know one was for an L.A. Zoo benefit and I don’t remember the reason for the other. But by that time I had grown a beard and didn’t want to shave it off, so he put the spirit gum on it and the appliance over that. It held fine, but taking it off . . . . let’s just say Torquemada would have been inspired to include the procedure in his repertoire. That was my last foray into ape drag.”

I hereby include two photos of Wayne ‘in ape drag,’ makeup by Steve Neill, many moons ago. Frankly this doesn’t look like ‘fan’ work to me, so it’s no wonder that these guys became professionals. Now I feel like seeing the movie again. The photos enlarge when opened in a new window.