Welcome to the first ‘shelter in place’ edition of CineSavant: I guess that our Brave New World of social isolation is finally sinking in, four weeks after the fact. Just pretend that you’re 300 miles north of the Arctic Circle, and don’t want to go outside at all because of the ravenous Polar Bears waiting to jump you. See, CineSavant has no shortage of comforting thoughts. 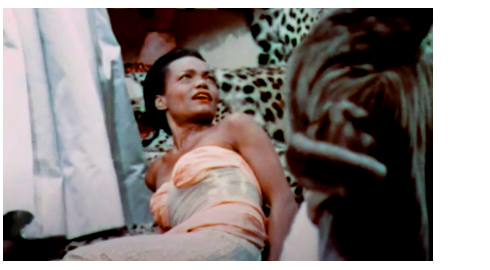 Associate Gary Teetzel pushes some links my way from the Facebook feed of film expert Jack Theakston. For anyone who missed out, it’s a fascinating glimpse behind the scenes of several color television shows from 1954: A Visit to CBS Color Television, restored by Jeff Josephs and SabuCat. It is said to have been produced for affiliates and sponsors, but never aired. Note that we aren’t seeing color broadcast material, but excellent 35mm film. Gary did some detective work on some of the clips seen in the vintage featurette: 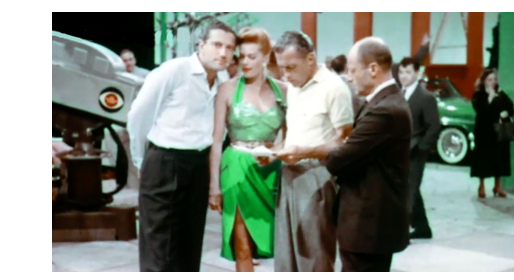 “I found that the Ed Sullivan Toast of the Town show with Eartha Kitt and Janis Paige aired August 22; the Danger episode was titled “A Shadow on the Sand” and aired August 31 (we see Murray Matheson and Arnold Moss rehearsing); and “The Royal Family” aired September 15. According to Wikipedia, 1954 was the first year RCA and Westinghouse started offering color TV sets, with the first color broadcast being the Rose Parade. In the spring of that year RCA placed color TV in public places like hotel lobbies to show off the technology to a wider segment of the public. An RCA color set with a 15″ screen cost $1,000; a Westinghouse model was $1,295. In November RCA started offering a color model with a 21″ screen for $895. I didn’t see any numbers on how many sets sold at those prices, but in ’54 it couldn’t have been very many.” — Gary

Why would a neat show like this not be aired? … it’s possible that CBS’s legal department discovered that they couldn’t broadcast images of the talent we see without everyone being paid. My first guess in situations like this is always a ‘money’ guess.

Correspondent John Locke writes an impressive collectors’ page devoted to vintage pulp magazines called Off-Trail Publications. John sent me a couple of other links as well. He contributes to a page by Don Herron called Up and Down These Mean Streets. (Herron has been leading ‘The Dashiell Hammett Walking Tour’ in San Francisco since 1977.) John has been contributing little photo essays to Herron’s page, called Pulps in the Movies. He claims his subject matter is ‘obscure,’ but we at CineSavant never saw an obscurity we didn’t want to write about.

Each Wednesday, John Locke documents the appearance of a pulp publication in a vintage movie, with a screen capture of the magazine either on a newsstand or in a reader’s hands. He also says he references instances of a character discussing a magazine in dialogue. Locke’s text attempts to interpret the presence of the magazine in relation to the plot, the production, contemporaneous views of the popular culture, etc.. This has possibilities — the only instance of this that comes to mind at the moment is ‘C.W. Moss’ poring over movie magazines in Bonnie and Clyde, and that might not count because it’s a period picture and the old magazines are intentional set dressing. But I guess the magazines seen in older 1930s movies would be determined by the art directors as well.

Locke’s newest post is called Sinister Cinema: That Old Navy Blues. He’s up to about a dozen posts now, which can be perused at the cumulative page Pulps in the Movies. Whattaya know, the museum guard in The Mummy’s Ghost is reading Detective Tales … which Locke identifies as being the 1942 issue. Observations like this can prove when a movie was filmed, at least, letting us know that it couldn’t have been filmed before the magazine’s release. 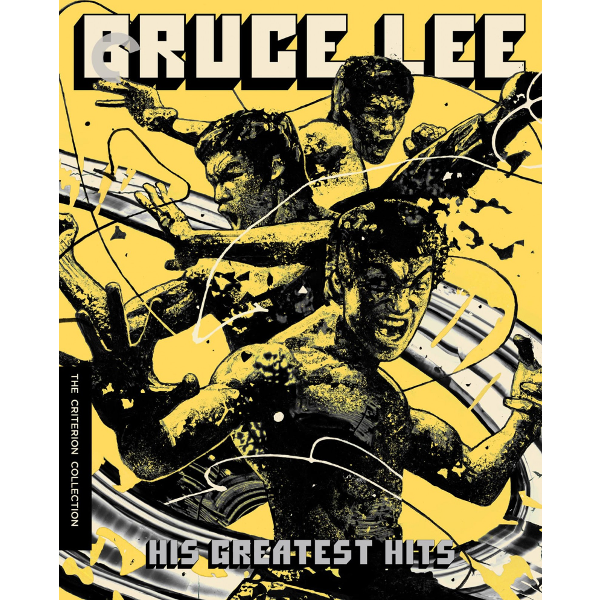 And news from The Criterion Collection,

which has just announced a boxed set of Kung Fu Fighting classics, called
Bruce Lee: His Greatest Hits. I guess I’d seen Lee’s movie Marlowe, and of course we all knew TV’s The Green Hornet, but by the time that Enter the Dragon was selling out Grauman’s Chinese Theater for shows 24 hours a day, Bruce Lee was already gone.

Lee returned to Hong Kong from Hollywood and made four films between 1971 and 1973; the last film from 1978 was made from an unfinished feature.
More or less fifty years later, Criterion’s package puts Enter the Dragon in line with The Big Boss, Fist of Fury (with a bit by Jackie Chan), The Way of the Dragon (with Chuck Norris) and Game of Death. I know Kung Fu fans that might be interested in this, depending on what they look like, what languages are on board, etc.

And just to show you how precious time is spent at CineSavant, I noted yesterday that someone on FB linked to a YouTube cover version of Jerry Goldsmith’s great music for Our Man Flint. I think that was the second LP album I ever bought with my own money, I had loved the music so much in the theater. Anyway, I started sampling various cover versions online to recapture the super-duper super-spy mood of that time. Some of the cuts I found are straight, some sour, and a couple treat the song as if were a surfing anthem. If you’re not afraid of getting Goldsmith’s nine-note theme burned into your head, here is the

Yes, we were crazy about our ‘sophisticated’ spy music back in the day. I think I went into this subject a couple of weeks ago, happily remembering Ennio Morricone’s amiably dippy ‘O.K. Connery’ music theme for Operation Kid Brother.

But the super-spy semi-parody cue that really sticks in my head is Lalo Schifrin’s ‘go-go martial discotheque’ main title theme from the second-rate Matt Helm opus Murderer’s Row ( → ). It’s a shame that Sharon Tate wasn’t in that bad Matt Helm movie, so this cue could have ended up in Once Upon a Time in Hollywood.  And here’s a slightly different version of the same theme, called Iron Head. But remember — you have to think of this music as something that excited a 13-year old with a pathetic notion of what was truly cool. At the time, who understood why one’s hip friends listened to Bob Dylan?