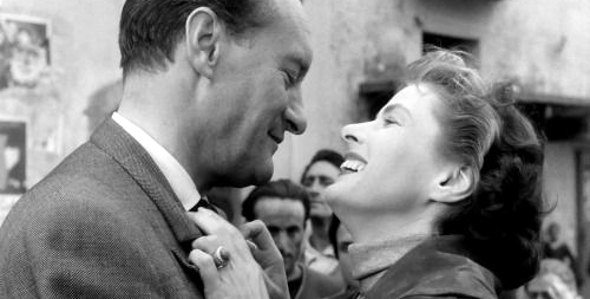 My correspondent Rev. Paul F.M. Zahl regularly suggests faith-based films to readers of an Anglican website called The Living Church. Instead of modern product that calls itself faith-based he looks to older pictures, which we’ve discussed more than once. This week he has a little feature up called Hopeful Movies for Episcopalians in Self-Quarantine; I snooped into his back pages and found another one with a title I admit I wouldn’t have thought of, Seen Any Good Lent Movies Lately?  Paul seems fond of movies about miracles, as with his choice of Rossellini’s Journey to Italy pictured just above, with Ingrid Bergman. I wonder if the devastating miracle movie Ordet is to Paul’s liking — it’s kind of severe.

We look forward to all of Criterion’s just-announced June titles… there’s Buster Keaton’s The Cameraman, Paul Mazursky’s An Unmarried Woman with Jill Clayburgh (I was just talking about that in Semi-Tough), the Russian war horrorshow Come and See, Kon Ichikawa’s Tokyo Olympiad, and this year’s Portrait of a Lady on Fire by Céline Sciamma. 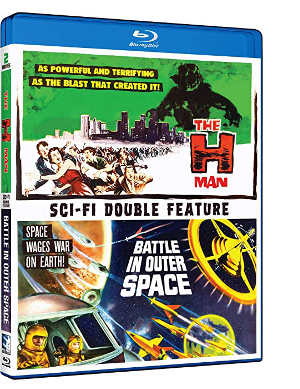 I know, I know, I’m a pushover for the first ten years or so of Toho’s Kaiju and science fiction films … the price tag on this Mill Creek disc is so enticing that I’m going to have to spring for it, even if the encodings are not tip top super-neato (I was there in 1960 cheering for these things, so I can write like that). The double bill is due June 9 according to Amazon.

I’m all for prioritizing crucial and sensitive shipments at this time, so if deliveries are delayed or companies can’t ship for some reason, you won’t hear any whining here — by my measure, the ready availability of 150,000 classic movies, a mouse-click away, is an absolute miracle I’ve never forgotten. If any readers have anecdotal info on shipments delayed or (gulp) cancelled, please let me know.