I very much enjoyed the Argentinian noir The Beast Must Die last night at Noir City in Hollywood; the series continues all week long. Eddie Muller made the introductions in fine form, and since it was the opening night, there were a lot of people in costumes, plus the LAPD contingent with their 1950s uniforms and squad cars.

TCM has released a tentative schedule for Muller’s Noir Alley show, which I’m taking the time to lay out here. They’re all great entertainment, of course. I’ve not seen only one of them, Bodyguard. All but three are available on video disc, and ten out of 21 are on Blu-ray. 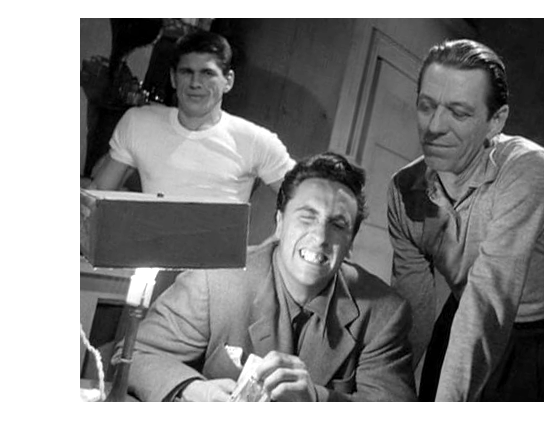 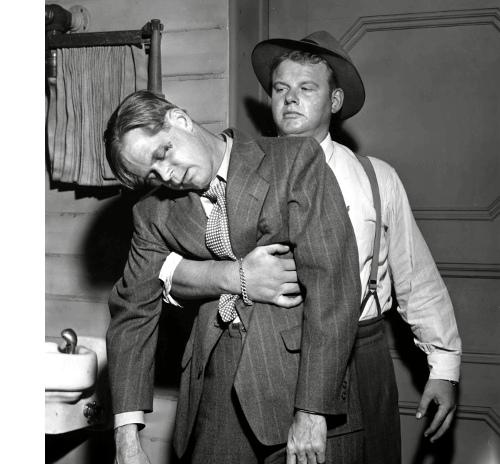 CineSavant favorites at the moment are Crime Wave (André De Toth’s direction, plus a look at ‘Bob’s Big Boy’ in Toluca Lake in 1952), Address Unknown (extreme designs by director Cameron Menzies), Wicked Woman (wonderful Beverly Michaels sleaze), The Underworld Story (prime Cy Endfield subversion) and Murder by Contract (minimalist existentialism at least a decade before its time). Half of the rest are stone classics, so just be safe and watch them all. Even if I don’t watch the shows, I DVR and then watch Eddie Muller’s bookended on screen comments… it’s an education.

Old friend and contributor Wayne Schmidt passes on a link to an important work of cultural art, reminding us that some of our favorite entertainers have passed on to that great cel-washing animation stand in the sky. None of these ‘toons’ have gravestones, the acetone saw to that: Grace Ebert on Filip Hodas’s Skulls of Endearing Cartoon Characters.

Correspondent Chuck, who earlier let us know about Peplum TV, now steers us to the event of the year in Phoenixville, PA: the Blobfest, run by the Colonial Theater. There are plenty of activities … I’d go just to see what they’re screening for what they are advertising as First Spaceship on Venus.

Last week the CineSavant screening confab spun Kino’s new disc of William Wyler’s The Good Fairy, which I really have to review soon — it’s an utterly charming pre-screwball comedy that showcases and adorable Margaret Sullavan, gives Herbert Marshall a fine comedic role, and even lets Frank Morgan try out his full ‘wizard’ schtick: “Marvelous!” And it’s written by Preston Sturges, who dialed down the slapstick and dialed up the sweetness. 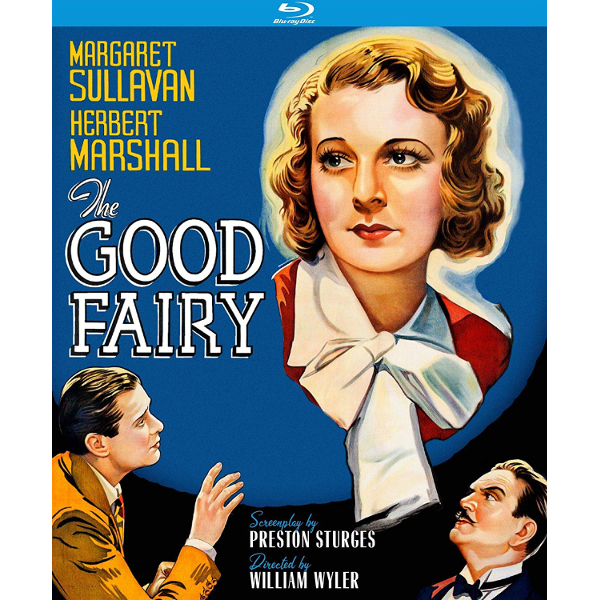 Anyway, that prompted advisor and contributor Gary Teetzel to go snooping online, to see what they gab was re: Good Fairy back in 1935. He found three related ‘Universal Weekly’ publicity articles, etc;, on the show:

Carl Laemmle — or rather, whatever publicity flack penned this — seems oddly hung up on Margaret Sullavan’s character name Ginglebusher in this two-page spread that appeared in Universal Weekly. The whole issue is devoted to The Good Fairy, so ‘turn the pages’ of the digital copy to see how Universal hyped the film:

Another piece on the film supposedly written by Carl Laemmle.

To explain why Cesar Romero got such good billing for his small role in The Good Fairy, the answer is probably from this issue back in 1934, when the film is just going into production. The article describes him as a protege of Junior Laemmle:

The article also says he’s about to play the lead opposite Fay Wray in Cheating Cheaters. Romero consistently played memorable, important parts, but not so frequently the top role.

Finally, a question for my reliable correspondents. Have any of you purchased the German imports from Explosive Media GmBh of the Gregory Peck Western The Gunfighter “Der Barbar und die Geisha” or the John Huston/John Wayne drama The Barbarian and the Geisha “Der Scharfschütze” ? I have beautiful check discs and want to review them, but since they aren’t final product, I can’t tell my readers with 100% certainty what region coding the discs carry.

Any info on that would help, as well as Explosive’s discs of Waterloo, Soldier of Fortune (“Treffpunkt Hongkong”), The Last American Hero (“Der letze Held Amerikas”), Jesse James (“Mann ohne gesetz”), and A High Wind to Jamaica (“Sturm über Jamaika”).