I missed Valentine’s Day, but compensations abound. Here’s Guy Maddin’s rapturous, stylized Valentine to the undying spirit of movies: KINO!   The giddy confabulation of agit-prop and Gance delirium lasts only six chaotic minutes and is given the apt title The Heart of the World. Hooray for Anna — Go Girl! 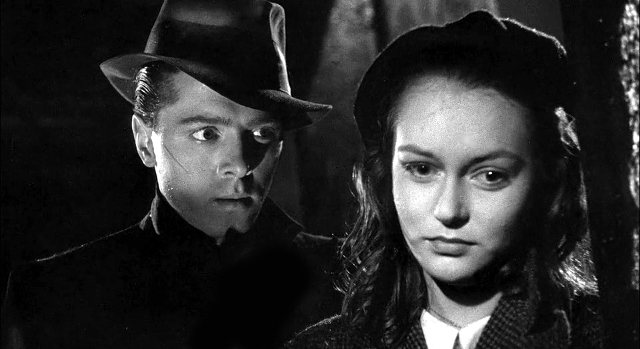 Kino Lorber has sent out a list of its Blu-ray releases for May, which has a number of immediately recognizable titles. The ones that grabbed my interest immediately are

Last Month we saw a ‘Smilebox’ trailer reconstruction for the second Cinerama feature How The West Was Won; and now we’re being offered the same screen-shape treatment applied to the first, George Pal’s The Wonderful World of the Brothers Grimm. It looks like the Grimm trailer was in good-enough shape not to need reconstruction.

And finally, correspondent and advisor Gary Teetzel forwards this ‘Usaopoly’ article about a real product, a new board game version of Godzilla Monopoly.

As usual, Gary’s inquiries cut right to the heart of today’s most important issues:   “Instead of putting up houses and hotels in Godzilla Monopoly, will we put up burned apartments and crushed hotels? Will Monster Island replace Boardwalk as the most valuable property? Instead of going to jail, will we be sent into hybernation within a volcano?”   In addition to ‘Monopoly: Godzilla’ they make mention of a ‘Jenga: Godzilla Extreme Edition’ game.  So many questions…