It was 1992 when a big laserdisc compilation of Tex Avery MGM Cartoons (above left) was released — we big $$ spending laserdisc nuts were happy to finally be able to dig through a huge chunk of Avery’s work in one go … even those sad mid-’50s retread cartoons reformatted for CinemaScope. Back in the 1980s MGM/UA Home Video released two or three VHS compilations, which were simply marvelous — my kids all knew how to imitate the slow-talking country wolf (“Hey Look, Billy’s back!”) and 1001 Avery gags became shorthand expressions for our daily use, like doing the dog’s goofy Hawaiian dance in the cartoon about the magician. The clean-but-sexy-as-all-get-out Swing Shift Cinderella taught us that Avery’s animators could really be inspired when the subject was, uh, inspiring, and Symphony of Slang introduced kids to a whole new level of vocabulary humor: “What’s a Russian Mule?”. Finally, King-Size Canary and Bad Luck Blackie snuck the concept of surrealism into their defenseless little psyches … except I think I showed my daughter Bad Luck Blackie when she was too young, and some of the cartoon’s unrestrained sadism was a little disturbing.

There the cartoons have sat for almost thirty years, with only a few remastered for HD, to show up now and then attached to a Warners Blu-ray feature release. And since my last laser player gave up the ghost several seasons ago, my collection of 12″ discs are now really only for display (my boxed sets stand proud, above right). The covers of The Compleat Tex Avery and The Val Lewton Collection are worth framing … I think the Avery box art was derived from VHS artwork. 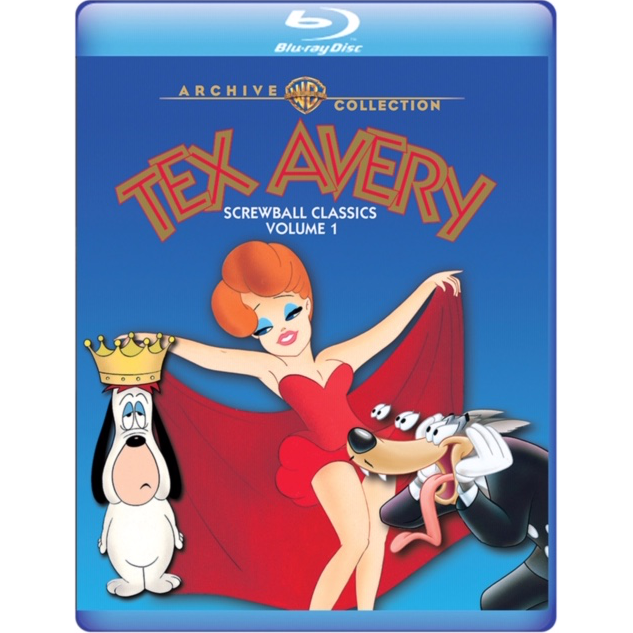 Now the announcement is here, courtesy of Jerry Beck and Animation Scoop — a disc set with 19 cartoons. It’s just the first volume. Bad Luck Blackie and Symphony in Slang are there as classic Avery selections, along with some ‘Screwy Squirrels,’ ‘George & Junior’ and ‘Droopy’ cartoons.

Yes, rediscovering Tex Avery is a good idea at any time. My knowledgeable reviewer associate ‘B,’ volunteered yesterday to review the rumored set, and I said yes right away — ‘B’ wrote an entertaining piece on Porky Pig 101 2.5 years back. And this release is a good reminder to try and solicit a written piece from another friend, who worked with Tex and came away with some pretty nifty late-career anecdotes from the crafty Texan animation genius. 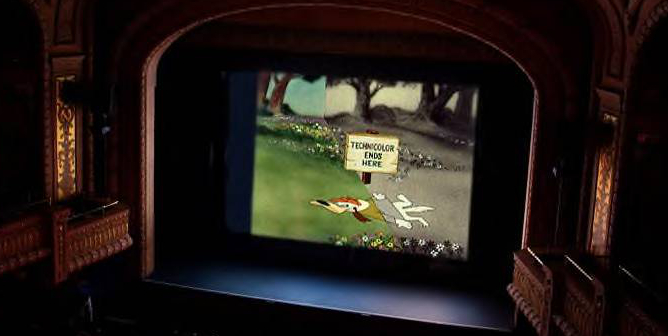