The Wayne Schmidt teaser last time was a lead-in to this announcement of a Blu-ray release of the 1980 Sci-fi meller The Day Time Ended, which Wayne co-wrote and co-produced for Charles Band in 1979. I’ve heard Wayne’s stories about the filming for thirty years now, without ever having seen a decent copy of the picture — the stories range from funny to painful. Wayne was down here doing a commentary with Paul Gentry last week, and I was able to race him around Los Angeles to enjoy a three-hour talk session with our old pal Steve Nielson.

The 1979 B&W photo above is courtesy of Paul Gentry; it jumps in size when opened in a new window. It shows (left to right) Wayne Schmidt, Lyle Conway, effects secretary Robin Ralston and David Allen regarding two of designer-sculptor Lyle Conway’s just-delivered stop motion figures. On the floor is Randall William Cook, who I believe is checking out and reacting to a certain non- G rated bit of anatomical detail Conway insisted on giving one of the extra-dimensional monsters. Wayne says that when filming, creative lighting was required to de-emphasize the, uh, erogenous monster zone in question. 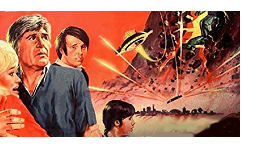 A LOT of notable effects folk of the time contributed their talents to the show, many of them between bigger assignments in an effects community invigorated by Star Wars: David Allen, Randy Cook and Paul Gentry (dimensional animation), Jim Danforth (matte paintings), Greg Jein, Laine Liska (models), Peter Kuran (special animation effects), Tom St. Amand (stop-motion armatures), Dave Carson (effects art director), Steven Nielson (effects editor) and Joe Viscocil (pyrotechnics). Co-producer Steve Neill wrote the original story and initiated the project. When the Day Time Ended effects were in full swing, I visited Allen’s animation studio in an old theater building, which was on a block of Olive Avenue now obliterated by skyscrapers. I remember checking out the house miniature Greg had constructed, and seeing an animation setup for the ‘pixie on the bedpost’ scene. I also got one of several heated lectures from Dave Allen about know-nothing producers telling him what a good special effect was!

They’ve edited a new The Day Time Ended trailer to promote the Blu-ray release. As Mr. Gentry told me the other day, time has vindicated his and Wayne’s belief in stop-motion effects. Their argument is that everyone loves them: no feature with stop-motion monsters has ever been pushed aside and forgotten, not even the picture that brought a number of these people together, The Crater Lake Monster. 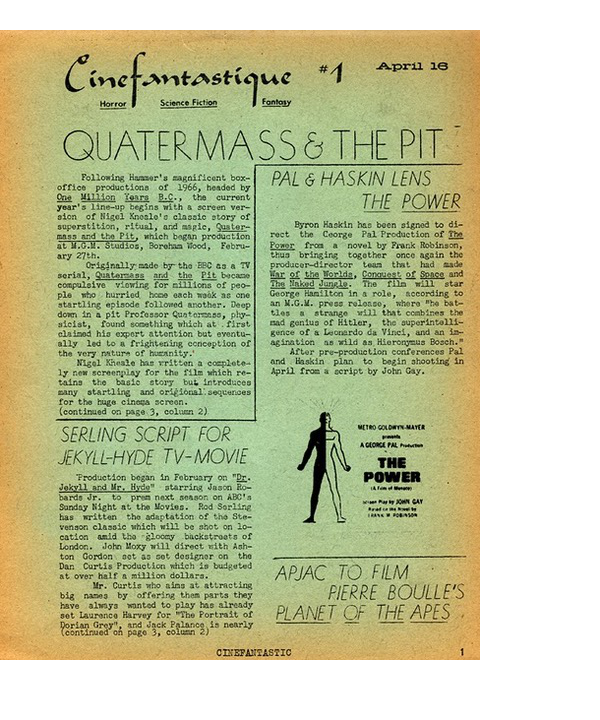 Here’s another graphic that needs to be enlarged (‘open in a new window’) to be read. Correspondent Rob Oliver (aka Robozol) have been trading emails since the beginning of DVD Savant, and back in 2011 he sent along a scan of a real collectable, the cover of the first issue of Frederick S. Clarke’s magazine Cinefantastique, when it was a mimeographed affair. I happened to catch the first regular issue #1 in 1970 and have a full set of the first 12 years or so, stopping around the time that Cinefantastique transformed into a publicity outlet for big movies like Conan. Before the Internet, information on and especially images from genre movies were not easy to come by.

There was nothing like Cinefantastique in the beginning, with reviews by Bill Warren and Tim Lucas. My favorite content were Steven Rubin’s great making-of articles on my favorite Sci-fi pictures. I remember that Clarke had some odd spelling quirks and an editorial bias that sometimes seemed immature, but no more than anybody else at the time. The magazine now reminds me of the limits of my own opinionizing on genre movies.

This page one must come from 1967: It’s all news about what’s in production. It announces Quatermass and the Pit before the American title change, and excitedly reports that Planet of the Apes is on its way. It’s fun to go back and look at an issue from 1973 or so, with ‘In Production’ articles that are packed with wishful-thinking titles that were never produced, plus working titles for pictures that did get made. And considering my own track record for typos, I really like the repeated name of the magazine at the bottom, misspelled, of course. 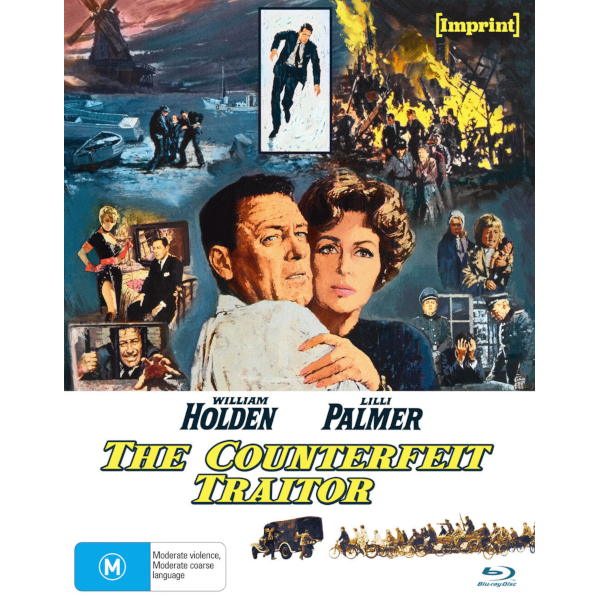 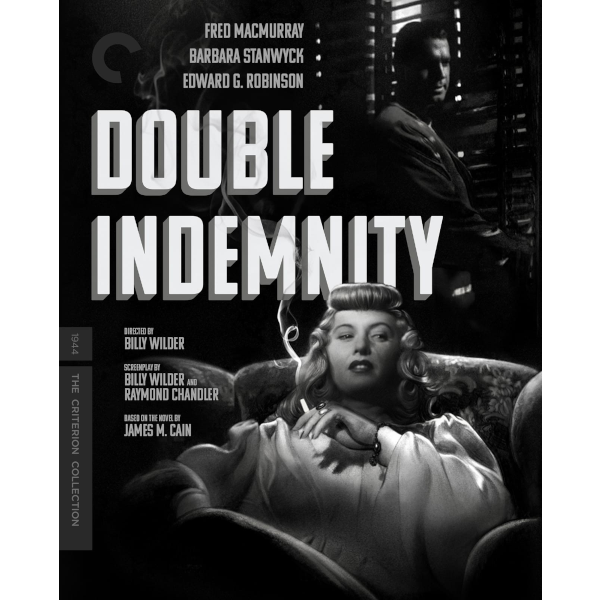